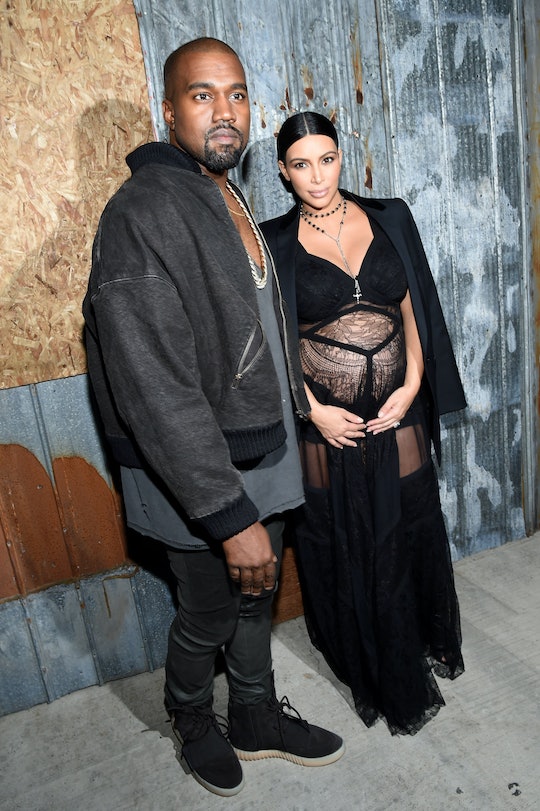 How Does Surrogacy Work?

Sounds like Kim Kardashian West is ready to break the internet again — media outlets are reporting that Kim and husband Kanye West have decided to use a surrogate to have a third child. How does surrogacy work, exactly? Sounds like the West family is about to find out.

The New York Times reported that as many as 2,000 babies in the United States are born to surrogate mothers every year, and that demand is growing. When parents can’t conceive or carry to term, surrogacy is often their last hope before adoption. How does surrogacy work, and what are some of the reasons a couple might choose this option? For Kim Kardashian and Kanye West, it’s most likely due to her previous high risk pregnancies, reported by Entertainment Tonight, and that she twice developed both preeclampsia, which is a complicated form of prenatal hypertension, and a condition called placenta accreta, which is when the placenta is too firmly embedded in the lining of the uterus, and can cause the mother to hemorrhage, and scar, leading to further complications. This can make each additional pregnancy have a greater risk to the baby and mother than the previous pregnancy, according to the Mayo Clinic.

Surrogacy is a complicated process for all parties involved. There are several basic forms of surrogacy, noted the Human Fertilisation and Embryology Authority, but the most common form of surrogacy is when a couple hires a woman, or a woman volunteers, to be implanted with an embryo that genetically belongs to the couple. The surrogate then carries that pregnancy to term for the biological parents. Cosmopolitan reported that this is the type of surrogacy that Kardashian will be utilizing, paying the surrogate over $100,000.

When you consider just what is involved in becoming a surrogate, you begin to understand why the costs are so steep. First, according to Surrogate.com, a surrogacy advocacy site, the prospective parents and surrogate go through a litany of tests and medical procedures dedicated to fertility, egg retrieval, sperm donation, and embryo implantation. An intended surrogate will likely be placed on a cocktail of antibiotics and hormones to ensure that her body is as prepared as it can be to implant the embryo and continue with a healthy pregnancy.

These drugs often have a laundry list of side effects and risks that the surrogate is agreeing to, and they do not guarantee pregnancy. Not all transferred embryos implant, after all. That means that the process will have to be repeated until the host becomes pregnant. After a successful implantation, the pregnancy proceeds in the manner of any pregnancy, carrying the same risks to the mother and child, affecting the host's body as it would if she were carrying her own child. However, according to The Advanced Fertility Center of Chicago, some programs have up to a 50 percent success rate with surrogacy, making it an appealing, albeit expensive, option for parents looking to grow their family.

One thing is for certain, the world will be watching this pregnancy, even if no one ever sees the woman who gives birth.