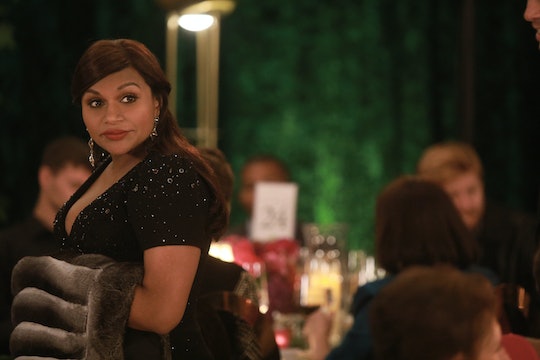 This Is How 'The Mindy Project' Should End

It's finally happening. The Mindy Project is officially coming to an end after six seasons and I'm not going to pretend like it's not the saddest thing to happen since Adam moved away to Texas. Then again, the series finale means that a lot of our questions will be answered about how The Mindy Project ends. Since the show has revolved around the lovely Mindy Lahiri, the woman raised on Meg Ryan movies and pop songs, you know that everyone is going to get a happy ending.

After all, that's always what happens in romanic comedies, and this show is essentially just one, long rom-com. So far, the writers have been really good about tying up all the loose ends. Some of the earlier episodes in Season 6 featured characters like Casey, Glenn, and the Duplass brothers. So we know they're all doing OK.

The series finale will be all about Tamra and Morgan's wedding, Annette's surgery, and the hope that Mindy can save the practice since Jodi is running away to do Physician's Without Frontiers and taking his equity in the firm with him. Oh and there's also the possibility of seeing whether Danny and Mindy actually end up together or not.

There are so many things that can happen! Here are just a few things I'm predicting will go down in the series finale.

Whether or not Danny and Mindy get back together at the end of the series finale, I feel like Danny will pony up the money to save the clinic and come back to the practice. It would be a total full circle and I'm kind of all about it.

Mindy Finds A Solution Herself

This is all about Mindy being a badass, so maybe she's the one who rallies to save the practice in some other way. After all, why should Danny get to save it?

Annette is going in for a double mastectomy, which is a pretty routine surgery, so we know she'll (hopefully) be OK. It's been so sweet to watch Annette and Mindy become closer this season, especially since it took Mama Castellano so long to warm up to her. I have a feeling that Annette's going to play some role in Mindy and Danny's relationship and maybe act as the voice of reason.

Maybe she'll tell Mindy she's proud of her for being a single mom and doesn't need Danny. Or maybe she'll knock some sense into her son and tell him to wake up and see everything he gave up.

There are so many people we'd love to see pop up in the series finale to callback to the first season. It'd be awesome to see Seth Meyers reprise his role or even have Mindy run into Shauna the receptionist, who sadly disappeared with no explanation after Season 1. Anyway, Easter eggs are sure to abound in the series finale.

We haven't seen Bill Hader in a while, and since the whole series began with Mindy losing it at her ex's wedding, it should end with her feeling good about all the love she's brought other people at Morgan and Tamra's reception.

OK, so this one probably won't happen, but she's been waiting for him for basically the whole series.

Whatever Happens, Fans Will Be Satisfied

Kaling said in an interview with Glamour about the series finale:

I remember loving the Friends finale because I had stopped watching in college, but the dynamic of the cast was so amazing it was like I had never stopped watching. I don't know that I drew any direct inspiration from any single show for our finale, but I know [executive producer] Matt [Warburton] and I wanted people to watch it and feel closure, but in an unexpected way. We also wanted it to be incredibly cinematic and romantic. And funny, of course! Funny first, always.