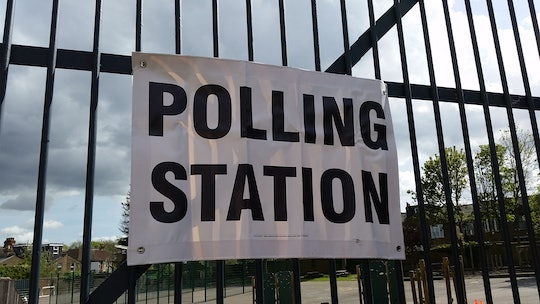 How Does The New Hampshire Primary Work? It Won't Be As Exciting As Iowa

The Iowa caucus was held on Monday night, and voters chose former Secretary of State Hillary Clinton and Texas Sen. Ted Cruz as their Democratic and Republican nominees. (Well, Clinton won by a coin toss.) Next up in the election cycle will be the New Hampshire primary on Tuesday. Now, some voters around the country are just learning how the Iowa caucus works– basically, it's a bunch of adults playing Red Rover to decide their favorite candidates, running back and forth across the room and screaming at their friends and neighbors. This news may understandably have some people wondering just how the New Hampshire primary works. Is it a circus like Iowa? What does it mean, and why does it matter? Unfortunately, it's a lot less fun and physically taxing, at least for Democrats.

The New Hampshire primary works pretty much the same way most voters are used to voting; it just happens earlier, and maybe with a few minor differences. Just like in any other state's primary, voters go to a local polling station and cast their ballot. Unlike the Iowa caucus, which is an event held in the evening, New Hampshire residents can vote on their own schedule; polling stations open between 6 a.m. and 11 a.m. and close at 7 p.m.

One key difference between New Hampshire and other states is that undeclared voters can instantly join, and subsequently leave, a political party at any time. While registering as a Republican or Democrat needs to be done through a voter's town hall, and registered voters can only vote within their own party, undeclared voters in New Hampshire can walk into a polling station on election day and request either a Republican or Democratic ballot. While casting the ballot does effectively register the voter as being a member of the party, a simple signature on the way out of the polling station is all it takes to return to undeclared status.

The main detail that sets the New Hampshire primary apart from other states is, of course, the fact that it's first. And the reason? Tradition. New Hampshire got used to being first back in the 1800s, and when other states started "encroaching" on the state's primary, it actually enacted a law in the 1970s stating that its primary was to be held "immediately preceding the date on which any other state shall hold a similar election," and later changed the law in the 1990s to hold the primary a full week before any other state. For the record, the Iowa caucus is not considered "similar."

So why is the New Hampshire primary such a big deal? For the same reason the Iowa caucus is: because the media makes it one. New Hampshire voters aren't any more well-informed than the average voter, and in fact, are not representative of America as a whole at all, according to Vox, New Hampshire voters are older, richer, and a hell of a lot whiter than the rest of the country. The only reason New Hampshire's primary matters to the rest of the country is because the country has all been told it matters. Everyone has accepted New Hampshire's power as fact. A win for a lesser-known candidate can be a huge push, and a loss can signal the end of a campaign. But in the end, it's just like any other election: just some regular folks in a middle school gymnasium, filling out bubbles in return for an "I Voted" sticker.