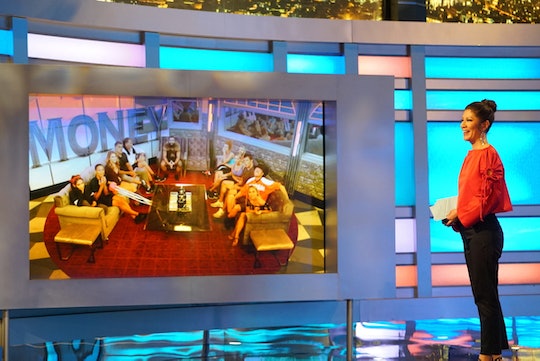 The Temptation Competition Is A Total Game-Changer On 'BB19'

Last week saw a pretty intense shake-up when Jessica decided to accept the Halting Hex temptation that America presented to her, and then subsequently revealed to the rest of the houseguests that she has the power to keep her (and Cody) safe. At first I thought the Halting Hex would mostly be similar to the other Temptations offered this season, but it quickly became clear the consequence to this one would be offering a real shake-up in the form of the Temptation Competition. So how does the Temptation Competition work on Big Brother 19?

According to our fearless leader Julie Chen, over the next three weeks before nominations, the competition sounds a lot like normal competitions, with one major twist. Houseguests can be tempted to participate in the Temptation Competition, but they can choose whether or not they want to compete. That's right, for the first time in Big Brother history, a competition is optional.

If a houseguest participates and he or she wins, they are free of elimination for the week. As for the houseguest who loses? They are automatically put up on the block as a third nominee, very easily raising their chance to go home that week.

This is a temptation I'm actually very excited for, as it seems like the consequence will finally have a major impact on the game. It's also going to force people to completely rework their strategies. Ahem, Paul.

Paul has been completely running the house all season long, and in my opinion it's about time things go a little less than perfect for him. This twist could throw off his whole game by potentially giving his enemies the power to stay safe for another week, and maybe even putting his allies in jeopardy. If the houseguests really commit to this challenge, the Temptation Competition is not just a way to get some power, but also a method of taking power away from someone else.

It's worth pointing out that there could definitely be some negative risks to this challenge. No one may want to compete in the competition since it's optional, meaning that the Temptation Competition may fall completely flat. And assuming that there are no limits to how many times someone can win a temptation, we may see the same person with the same power three weeks in a row.

Either way, this is the most excited I've been for a Big Brother twist in a while. The show is always at its best when the houseguests are kept on their toes.