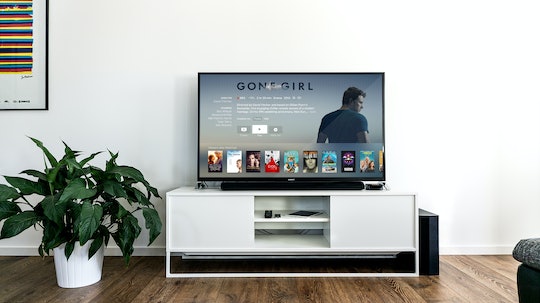 TV & Your Kids — What You Really Need To Know

As I'm sure you keep hearing, television is having a serious moment. Shows are funnier, more dramatic, and more relatable. Although that "Golden Age" of talent and production probably isn't extending to your daily Sophia the First viewings, it's safe to say that TV is pretty much better than ever. And since TV is so great and wonderful, you might find yourself spending more time in front of your tv (or computer, tablet, phone — isn't technology great?). You might also, as some of my mom friends are, find yourself asking, how does TV affect your child later in life?

According to the University of Michigan School of Medicine, kids watch more TV now than they used to, averaging between 28 and 32 hours each week between live TV, recorded shows, video games, and other uses. Not only that, but 71 percent of 8 to 18 year olds have a TV in their bedroom, according to a survey conducted by the Kaiser Family Foundation, making TV viewing easier and more accessible. Not only that, but 30 percent of kids eight to 18 responded to the survey that they had watched TV on a cell phone, tablet, or MP3 player, meaning they really can watch TV just about anywhere.

Before you move a TV into your kid's room or take away all their tech toys entirely, here's what you need to know about how watching TV can affect your child down the road — the good and the bad.