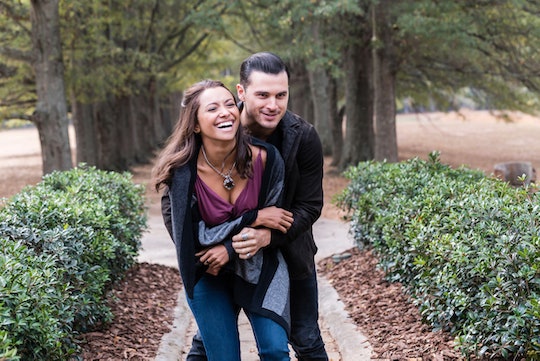 How Enzo Could Still Return To 'TVD'

It's been a week since Stefan ripped Enzo's heart out of his chest on The Vampire Diaries and, quite honestly, I still haven't recovered from it. Between Bonnie's devastation and the realization that Stefan will never forgive himself for this, made for a truly heartbreaking moment that is sure to impact every single character for the rest of the season. However, despite his obvious death, some fans are probably wondering how Enzo could return to The Vampire Diaries nevertheless. I mean, this is a show that prides itself on constantly bringing characters back into the storyline in some way or another. So I think it's safe to say that the same will be done to Enzo.

In fact, the actor who plays Enzo, Michael Malarkey, has confirmed to TVLine that last week's episode won't be the last fans will see of him, particularly in regards to the series finale. "I’ve gone in and done a couple bits here and there," he teased. So don't worry, my friends — Enzo should be back on our screens in no time at all. It's just a question of how the writers will go about doing it. Luckily for you, I have a few ideas of my own. Such as...

Many shows have used this method in the past, allowing them to bring back characters without completely undoing or undermining any on-going plot points (like death). But given that this is a supernaturally-based show, I'd be a little disappointed if this was the only way we'd get to see Enzo ever again.

Bonnie Will Resurrect Him

At the end of the hour, Bonnie let out a scream of pain that seemed to send a psychic energy pulse all around her. Is this an indication that she now has her magical powers back as a witch? If so, she may be able to find a way resurrect the love of her life from the grave. It's not like she hasn't done it before.

The Maxwell Bell Is The Key

Cade explained to Damon that the Maxwell bell ended up freeing him after all since it rang 11 times. When this happened, apparently the boundary between hell and the land of the living lifted for just a second, which allowed him to be able to slip through. What if something similiar were to happen again and Enzo was able to cross the divide as well? This one seems like the most plausible, in my opinion, and would be a great opportunity to let other dearly departed characters show up in Mystic Falls again as well.

Suffice to say, it'll be interesting to see how this all plays out, but either way I'm relieved that Enzo will be back on my screen at least one more time before we say goodbye to this mystical world for good in March.