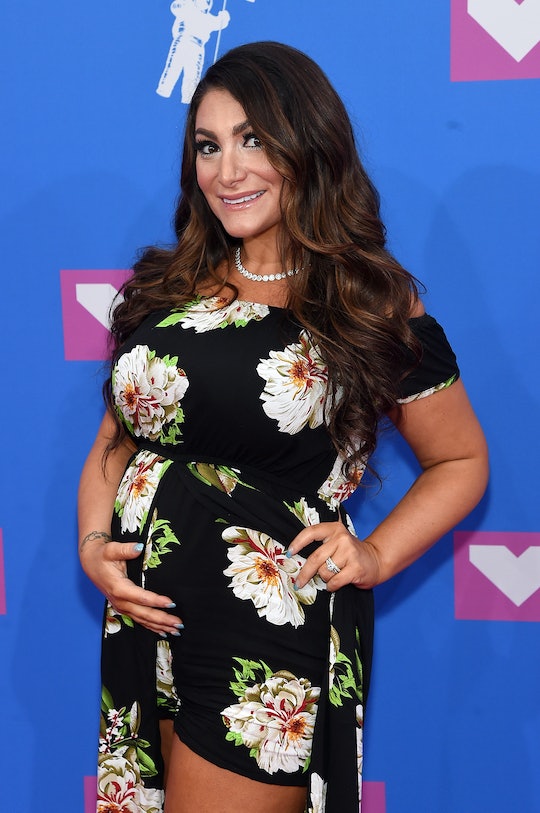 The stars of MTV reality show, Jersey Shore, are all grown up. After spending years partying on the Jersey shore, they're settling down and starting families, putting their rowdy days behind them. Deena Cortese is the latest cast mate to start a family of her own — she's pregnant with her first child. After making the first announcement over the summer, fans are probably wondering — how far along is Deena from Jersey Shore?

Fans watched the cast on this past season of Jersey Shore Family Vacation hang out in Las Vegas, Nevada, fight with one another, have fun with each other, and make up just as fast. But Cortese was noticeably absent from these arguments and heart to hearts in Las Vegas, because of her pregnancy (which she announced in the first episode of the show), according to Life & Style. So, fans missed out on this important time in her life.

But that isn't to say that she hasn't been keeping fans fairly updated with her pregnancy on Instagram — which she does from time to time. And finally, on Friday, Cortese shared a new progress picture with fans, letting them know that she is currently 30 weeks (and five days) along in her pregnancy, where she is expecting a boy.

Cortese looks glowing in the photo.

The bump photo also reveals some very interesting details about Cortese's growing baby boy and her pregnancy — he's the size of a cantaloupe and she's craving apples and chocolate during her final few weeks. And it seems like Cortese is handling her pregnancy pretty well these days — the new mom to be wrote on Instagram that she is feeling "huge, happy, large and in charge."

"Daddy and Mommy are both excited to meet our baby boy in just 9 weeks and 2 days," Cortese wrote in the caption of the photo.

But on Cortese's Instagram story, it seemed as if she was a little less excited for her son's arrival. "Starting to feel huge," Cortese wrote on the photo of her bare bump.

Cortese's newest bump shot is a far cry from her first ever bump progress shot, which she posted all the way back on July 4 when she was only 14 weeks pregnant. At the time, her baby was the size of a large lemon, she was craving fruit, candy, and ice pops, and she was feeling "tired but excited."

It's likely that she is still feeling tired, excited, and pretty much ready to meet her baby — but there is only so much that fans know about her pregnancy. Cortese first announced, at the beginning of July, that she was expecting her first child with her husband, Chris Bruckner. The couple waited until the second trimester to announce that they were expecting a boy, who they are planning to name Christopher John, according to People.

Her son's middle name pays tribute to her late father, John Cortese, according to Cafe Mom, who died in June 2016. Cortese wrote on Instagram that she plans on keeping her dad's memory alive for her son.

This newest pregnancy announcement should serve as a super exciting reminder for fans that there are just two months until Cortese gives birth to her little meatball in December.

Let the bump watch and countdown to her final weeks of pregnancy begin.