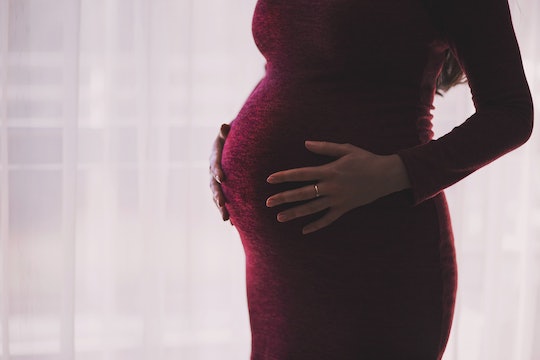 How Frequent Are Unexpected Births?

Even when a pregnancy is expected (and very wanted), it's never exactly an easy ordeal, with many women experiencing nausea, swollen ankles, and other health complications, which is exactly why stories of unexpected births are so surprising. Yesterday, unaware that she was pregnant, one Massachusetts woman gave birth on the sidewalk outside her house while waiting for her friend to pick her up. While the event apparently had a happy ending, the story is still enough to raise many women's eyebrows: unplanned pregnancies are commonplace enough, but just how frequent are unexpected births? Is this an actual thing we should be worrying about?

While the stories are certainly shocking, you can think about unexpected births in the same way you would any other unexpected, highly publicized event (like the birth of multiple babies): you're hearing about it precisely because it's not a frequent occurrence. As a result, it's hard for officials to get a hard and fast number on the amount of babies whose arrivals are a complete surprise to their parents.

One 2002 study, published in the British Medical Journal, looked at all births within a single year in the Berlin metropolitan area (just under 30,000 births) and found 62 women had not known they were pregnant before 20 weeks' gestation. Within that group, 25 women didn't find out they were pregnant until they were in labor.

Whether those results are applicable outside of Berlin, the researchers wrote, was unclear, but they figured that surprise births probably "occur about three times more often than triplets." The probability of having triplets is about one in 8,000 for the average woman in the United States, so a fair guess at the probability of a surprise birth is about one in 2,700, according to Slate.

"The vast majority of women will have early nausea, will have breast tenderness and things like that and also missing a period," Doug Wilson, head of obstetrics and gynecology at the University of Calgary, told Global News in 2015. "Sometimes if you don’t think it can happen to you, you’re going to deny some of those very normal symptoms and put them down to indigestion, or the flu, or one of those types of things."

For women with irregular cycles, missing a period isn't the most worrisome thing in the world. Polycystic ovarian syndrome (PCOS), increased amounts of exercise, eating disorders, thyroid issues, chronic diseases, or stress can all bring on a skipped periods, according to Women's Health. Someone with PCOS, for instance, might attribute pregnancy weight gain to holiday weight gain, or they might mistake morning sickness for the flu.

The problem with surprise pregnancies and deliveries, Wilson told Global News, is that it can introduce unnecessary risk into the pregnancy. "You might not be eating properly; some women may smoke, some may take alcohol or other forms of over the counter medication that could have some potential risks," he said.

Luckily for the Massachusetts couple who were surprised with a new baby, the sidewalk delivery went well. "I held her. I was like ‘Huh?’ But she’s gorgeous," Doug Rogers, the baby's father, told WCVB. "I’m just blessed right now." In this case, all's well that ends well.

More Like This
Mom Gives Birth To Record-Breaking 16-Pound Baby
22 Valentine's Day Pregnancy Announcement Ideas Sweeter Than Candy
Here's What Pregnant People Actually Want For Valentine's Day
Fun, Sexy Maternity Lingerie, For When The Mood Strikes
What Parents Are Talking About — Delivered Straight To Your Inbox