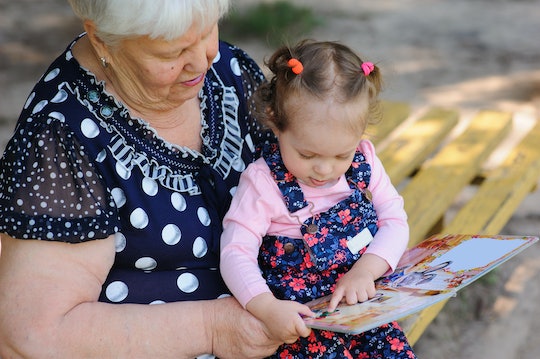 What Happens When Grandmom Becomes Mom

Grandmotherly love is one of the purest forces in the universe, and there are plenty of children who are lucky to be showered with this affection every day. However, sometimes grandmothers are literally called out of retirement to act as the guardian of their grandchildren. In these situations, it may be important to know how having a grandma as a primary caregiver affects kids later in life. It's a seemingly simple concept that becomes complicated in a hurry.

To get a broader view of the situation, it is helpful to untangle the many ways being raised by a grandparent may affect younger children. First, the circumstances that necessitate custodial grandparenting may include parental addiction, substance abuse, incarceration, illness, and death, according to the American Association for Marriage and Family Therapy. Chances are, most any situation that would require a grandmother to take on the parental role is bound to involve some amount of trauma for the child.

Next, the role of primary caregiver to their grandchildren takes some grandparents by surprise. As noted in Forbes, these caregivers may be forced to use retirement funds for childcare, and grandparent caregivers are more likely to live in poverty. And, to make matters worse, grandparents also have to cope with the rigors of childrearing at an advanced age. According to Social Work Today, grandparents who act as the primary caregiver for their grandchildren are often in worse mental and physical health than their counterparts. Raising children at an advanced age comes with a host of financial and physical difficulties.

Due in part to these challenges, children raised by custodial grandparents are at a greater risk for behavioral and emotional problems than the general population, according to a 2007 study in Psychiatric Services. As further explained in this piece, it even appears that children raised by grandparents are at a greater risk for mental health issues as well. So what does all this entail for these grandchildren later in life?

It does appear that young adults raised by grandparents are at a greater risk for psychological problems as well. As noted in Psychology Today, young adults who are finding their place in the world may question their upbringing with a grandparent in the parental role. With that said, it can be difficult to say whether these tendencies are solely the result of a grandmother as primary caretaker, or (as is likely) whether additional factors such as poverty and the emotional upset of the primary parent's absence also play a role.

Although this outcome sounds bleak for children raised by grandparents, there is some evidence that they may fare better later in life. According to a presentation from the 2013 National Council on Family Relations (NCFR) Conference, adults who were raised by their grandparents may be at a risk for lowered life satisfaction at midlife; however, their overall health does not appear to be hampered.

Granted, much more research is needed to fully understand the effects on adults who were raised by custodial grandparents. What's more, it may be difficult to tease out the ways income and family history also impact these children, for instance. For what it's worth, however, these adults of custodial grandparents do appear to have a shot at relatively good health later in life.