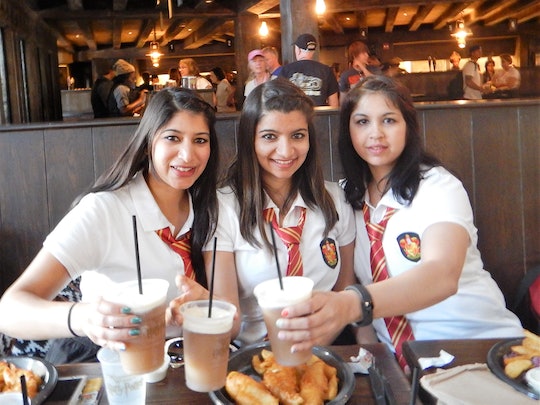 How Having All Girls Affects Your Daughters Later In Life, According To Science

My two younger sisters are my best friends. We love, we fight, we laugh, and sometimes we hate each other, but we do it all together, regardless of how far apart we are. There is a bond we have that allows us to face the world together, like a team, knowing we have each other to fall back on. Now that I have two daughters of my own, I wonder how having all girls affects daughters later in life. Is there something to be said for all that girl power and how it can influence them, or is there really nothing to a house full of girls?

Turns out, there are conflicting studies with no real evidence to support how a family of only daughters will impact a girl’s development. A 2011 study conducted by the British parenting site Bounty studied 2,116 families, and found that families with two daughters, as compared to all other combinations, were the happiest. But oddly enough, the same study found that families with four daughters were the unhappiest. So if happiness is measured to gauge the future success of a child, then according to this study, a family of four girls may not be as successful as a family with two.

Coming from a family of three sisters, who are professionally, socially, and emotionally successful, this study doesn’t seem comprehensive enough. The type of parenting, educational environment, and socio-economical situation of each family was not taken into account, and being as these issues differ from family to family, one family of all daughters isn't the same as another.

The key is parenting. According to Psychology Today, parents who are good role models for their children — who handle differences calmly and rationally, give each child equal respect, and support each child’s emotional needs — will have kids with less sibling rivalry and more mutual respect. So the type of parent you are will determine the type of adult your child will grow to be, and that’s true for all families, regardless of the sexes.

When I found out the sex of both of my daughters, I was elated, but I had friends and family who actually tried to console me. Being from a culture that glorifies sons, I wasn’t shocked, but luckily my parents never gave into gender traps. I promised myself that I would treat my girls no different than I would treat a boy, and would make them believe that the world is their oyster.

I have two happy, smart girls. They annoy each other sometimes, but they’re the best of friends, just like my sisters and I. My parents treated us with pride and respect, and any child, boy or girl, can benefit from that. The fact that my daughters are both girls doesn't necessarily affect them later in life, but my parenting definitely does. (Which is something to keep in mind when they're arguing over the bathroom again.) If anything, growing up surrounded by sisters just proves to daughters that they are strong, capable, and can do anything they set their mind to. Girl power.