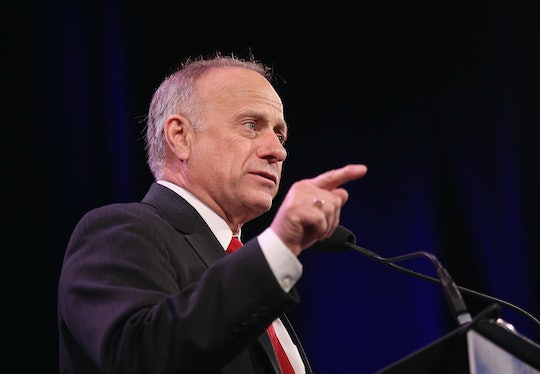 How H.R. 610 Could Affect Kids With Disabilities

If you're on social media, you might recognize the screen shot below. Although the original author isn't attributed, it's been shared via screenshot on Twitter and copy-pasted into thousands of Facebook statuses recently in an attempt to explain how House Bill 610 could affect kids with disabilities and other students with special needs, like low-income children, English language learners, minorities, homeless kids, and LGBTQ students. But as social media users share and re-share (and sometimes edit) the post, it can get a little confusing, and without any links to back it up, there's no guarantee that the information you're reading is even correct. So what's the real deal?

You may have heard about another bill, H.R. 899, which calls for the termination of the Department of Education entirely. Constituents rightly reacted with horror to such a bill, and it's unlikely to pass. H.R. 610 is called the Choices in Education Act, and is largely billed as an advancement of Education Secretary Betsy DeVos' ill-conceived school voucher program, but it would effectively abolish the Department of Education, as well. Calling for block grants for school vouchers are part of the bill, but it would also repeal two laws protecting students, and severely limit the scope of the department's authority.

There's a bit of confusion about the nutritional aspect of the bill; while the post claims it would abolish the No Hungry Kids Act, it would actually advance it. But that's a very misleading name. Iowa Rep. Steve King (also the sponsor of H.R. 610) has been trying to introduce his No Hungry Kids Act for years, but it's not about providing poor kids with free breakfast; it aims to overturn the Healthy Hunger-Free Kids Act (also known as that thing where Michelle Obama makes kids eat vegetables) and amend the Richard B. Russell National School Lunch Act. King claims (oddly and wrongly) that USDA standards have "left children across the nation hungry during the school day" by "put[ting] every child on a diet." In reality, the USDA guidelines do not limit fruit, vegetables, milk, grains, meats, or meat alternatives, and are simply meant to provide "more nutrient-dense, filling meals within age-appropriate calorie requirements."

The bill would also repeal the Elementary and Secondary Education Act of 1965 (ESEA), originally passed during the Johnson administration and reauthorized every five years since then. It was reauthorized as the No Child Left Behind Act under President George W. Bush in 2001, and later the Every Student Succeeds Act under President Obama in 2015. Basically the framework of the public education system, ESEA outlines how funds are distributed to schools, sets curriculum standards, and most importantly, protects students from discrimination.

Without ESEA and the USDA nutrition standards, there's little federal regulation for public schools left at all. And H.R. 610 aims to keep it that way; the last bit of legislation would limit the role of the Secretary of Education to granting funds only. She would have no other job whatsoever, and no authority to "impose any further requirements on States with respect to elementary and secondary education." Schools could turn away special needs kids, or stick them in a room with a glorified babysitter, and there would be no pushback from the federal government.

But why? Who benefits from an Education Department that has no say in education? DeVos' stated goal is to "advance God's kingdom" by funneling government money into churches via religious schools that require children to pledge allegiance to the Bible. For-profit charter schools would be free to rake in cash without being held to any educational standards (like the system DeVos helped create in Michigan). And it would certainly help Steve Bannon's plan to "bring everything crashing down and destroy all of today’s establishment" if children were no longer legally entitled to an education. And thanks to DeVos paying an estimated $200 million to various Congressional Republicans, she might just get her way.

But don't take my word for it; in 1997 essay, DeVos admitted to buying influence, writing, "We expect to foster a conservative governing philosophy consisting of limited government and respect for traditional American virtues. We expect a return on our investment." And America's 6.5 million public school students with special needs — who don't happen to be billionaires — would be out of luck. That is, unless enough people contact their representative and convince them to vote against it.