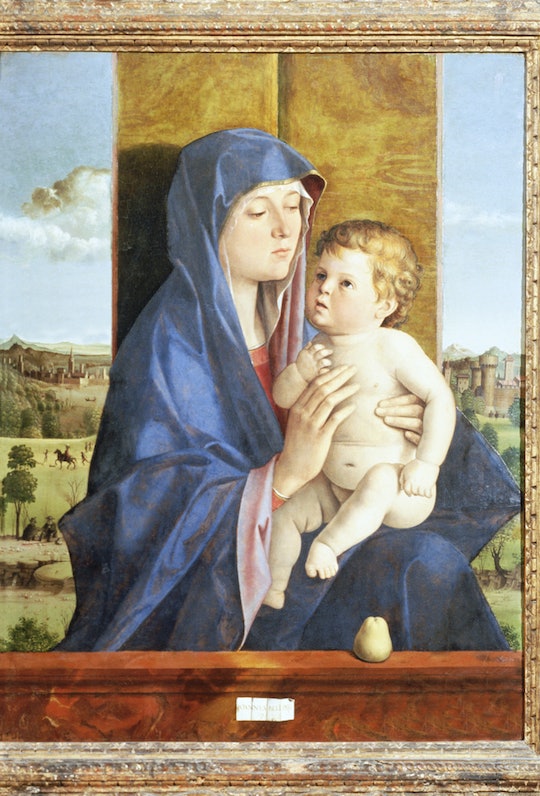 I Became A Martyr After Baby. Here's How I Got My Mojo Back.

When I decided to try to have a baby for the first time, I was all in. I was looking at nursery ideas before I had even ovulated. I was diligently reading through What To Expect When You’re Expecting the week before I could take a pregnancy test. I felt like motherhood was 100 percent something I would excel at. I never imagined it would turn me into a martyr who lost sight of herself, a milk-stained ghost of my former self, but of course, no one really expects that, do they?

After working in childcare as a teenager and babysitting on the side, I knew what infant and toddler care looked like from a practical standpoint. I had changed my fair share of diapers, rocked plenty of fussy babies, and knew exactly how messy the feeding aftermath could be (you’d better believe I was well stocked on burp cloths and wet wipes before my son arrived). I felt ready. To be honest, I felt a little smug about just how ready I was.

Of course, that lasted only about the first few hours of early labor. In fact, it became increasingly obvious from the delivery room forward that I wasn’t ready at all. That indeed, I didn’t know sh*t about motherhood, and everything I thought I did know was wrong. You think you’ve changed diapers? Not these breast-milk poops that spackle the wall. You think you know how to rock a baby to sleep? Not this one. You think you know anything about feeding a newborn? Tell that to your cracked bleeding nipples and the baby who won’t latch for more than three minutes at a time.

Between the barrage of new challenges and the sneaky arrival of postpartum depression, it wasn’t long before I realized that not only was I not good at being a mother, I also didn’t enjoy it. At all. Even after my postpartum depression lifted and my son edged into toddlerhood, getting through the days often felt excruciating. It was lonely and boring and every tantrum or failed food introduction felt like a personal failing. I’m not good at this. I’m never going to be good at this. These words seemed to play on a loop in the back of my mind all day every day. I wasn’t indifferent to motherhood. On the contrary. I was trying so hard. I felt like maybe I could make up for my lack of natural motherly intuition by doing more Pinterest-inspired enrichment activities (aka making more messes for me to clean up), baking homemade bread, and reading the handbook of pre-K standards as if it were the bible. Basically, I took any bit of free time I got and put it right back into motherhood. I became a martyr to mom life, and considered the quest for perfect parenting as my penance for not loving motherhood the way I thought I should.

I never felt as if I had “earned” the right to me-time. I think a part of me was scared that after all this time, I would find an empty hole where the pre-baby me used to be. So instead, I set about trying to execute motherhood to perfection; justifying in my own warped way that there shouldn’t be any space for my own separate identity anymore. Yet even when I did have small parenting wins, they didn’t seem to spark a light in me the way I hoped. Something was still missing.

I think a part of me was scared that after all this time, I would find an empty hole where the pre-baby me used to be.

Of course something was missing, the whole realm of life and personhood outside of being a parent was missing. I needed to not spend every day alone with my kid, hoping that the key to being a better mother was hidden in another solo outing to the park, or in this particular recipe for gluten-free homemade chicken tenders. I needed to widen the space where I found meaning in my life to more than just my child, because that kind of pressure wasn’t going to make me a better mom. It was going to burn me out, and it had.

The key to being a better mother was not always being a mother. I needed time to be a writer, a friend, a runner, a reader, an amateur photographer, a gardener. I needed to have the space to find new things that I loved, like rock climbing and old things I loved, like going out dancing with friends. I thought I had to become a martyr to it in order to carry on, when what I really needed was freedom to feel like myself again.

It didn’t happen all at once. It started slowly, with my husband prompting me to use my son’s nap times to write. A little bit of light came back in. I began going for short runs around the neighborhood two and then three days a week. Another spark. I started taking photographs of things other than my son (and getting more artsy with my shots of him). After a few small additions, parenting didn’t seem so high stakes anymore, because there were other parts to my life again. I was finally able to enjoy motherhood, maybe not all the time, but enough, because there was now more life to enjoy alongside it.