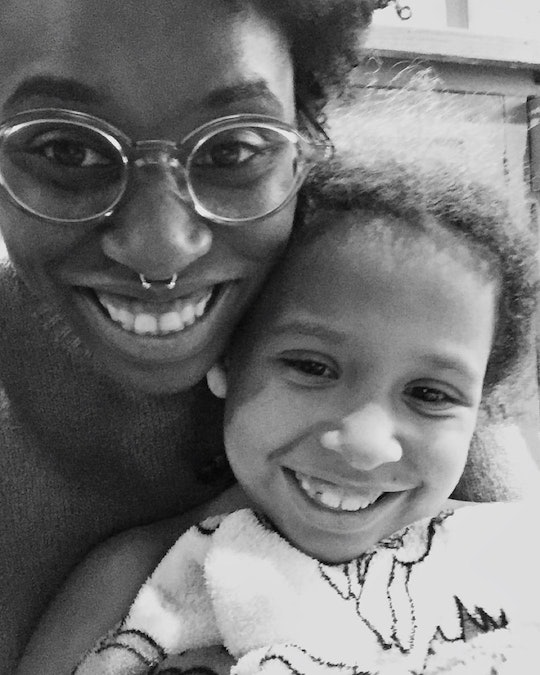 I wasn't surprised, but it still didn't prepare me for the pain that washed over me when I heard that the policeman who killed Tamir Rice won't be indicted. I couldn't breathe, or think straight. I was horrified and had to hold my kids tight.

The hardest thing about the last two years is that so many mothers are without their children now. It's one thing to know this could happen to you, but your children? Your sweet, beautiful children you've raised up to see the world as amazing, full of adventures? If you're a black parent with black children, you also have to raise your little babies to grow up faster then they should. There was a study done on black children versus white children, how the latter are viewed as children, while black children are often perceived to be much older than they are. Tamir Rice was only 12, still a child, but when he announced the Ohio Grand Jury's decision, prosecutor Tim McGinty said Rice's "size made him look much older." Rice was killed for doing something many, many children do — playing with a pretend gun — but he was seen as threatening. Not really because of the toy gun, but because of the narrative that has been told too often about black men. That people should fear them because they're different, other. It's unfair that this narrative extends to CHILDREN.

I have two children, and almost daily we've talked about race — what it means for them, how they'll be viewed. They already know the difference. I knew from an early age too. I remember wondering at 5 years old why people treated me differently because of the skin that covered my body. I don't want my babies living this experience. They do, though. Why do black children have to know this? Experience it? Why do my children have to be hyper aware of every tiny action they have? Why do they have to live in a fear of their lives? They're just kids.

Sending them into the world as a black mother is scary. I want to go with them, prove their worth and value. I want to stand up for them and protect them — as any mother would. But I also want to scream in the faces of every person that questions their character because of their skin color. I want to stand in front of every evil word that will be spewed at them, every gun pointed their way. I want to shield them from the reality of this country. I want them to have a childhood — they deserve that. But I'm afraid that even with all the fighting I do, they will be afraid, and they'll have to learn to fight.

On top of my sadness and fear I am angry. I'm angry for the parents, especially the mothers who go to sleep without their children every night. I'm angry for how these children aren't seen as people, but as threatening. As intimidating. They aren't even given a chance. And when they get killed, the conversation around their character is focused on a time they made a mistake. With Michael Brown we heard he might have bullied kids at school, and that he stole from a convenient store. As if those things justify death.

I am TIRED of telling them that someone who looks like their mom and like them was KILLED. AGAIN.

We talk about being colorblind, about how all lives matter, yet this proves the imbalance. There is a war on black people, and that includes our children. My children. It's always been personal, but how dare my children and so many others be targeted. This cannot continue. We do not deserve to live in complete fear for our own lives, and the lives of our children. We do not deserve to have parts of ourselves robbed simply to make white people feel comfortable and safe. I am tired of telling my kids that they can't play certain games, like the alien and monster game they play that involves laser guns, because just acting out certain things can be seen as aggressive or intimidating. I hate having to explain why their skin may make people feel uncomfortable, despite who they are as people. I am TIRED of telling them that someone who looks like their mom and like them was KILLED. AGAIN.

And I am tired of watching the mothers around me exist in a world where my children aren't seen as equal to theirs. I'm tired of not being seen or heard, and I certainly am tired of my children experiencing that. So can parents of white children please stop telling me and other black mothers that our children are being killed because they are "bullies" or "scary looking”? When I try to share what my childhood was like, or what it feels like for me as a mother raising black children, can you please not deny those experiences? Overall, please stop erasing who we ACTUALLY are with fake narratives. And stop acting as though black kids' mistakes make their deaths understandable instead of allowing them the same second and third chances granted to white youth all the time. My children's value shouldn't be determined by how threatening white people find them to be. It should be based on who they are, which is brilliant and wonderful.

We are not living in post-racial America. Pretending race isn't a problem and avoiding the conversation about race doesn't change the country or the lives of those of us who are other. In fact, it makes it more unsafe. Yes, it's easier to choose to live in ignorance, because it doesn't really affect you, but what about those who parent alongside you? Raising black children? Who play with yours? Each time you choose to ignore a status update from a black mother pleading for justice for black children or you choose to skip over another article about a black person dying, you are actively choosing to remain ignorant. When your children play with black kids, and their black mother shares what it's like raising a black son or daughter, saying “we don't see color” is choosing ignorance. Listen. Read that article. It's all heavy, it's all heartbreaking, but it's all important.

This is not the time to turn a blind eye, this is the time to stand with black parents, to offer support and to rise up with them. Because something has to change. This cannot go on.