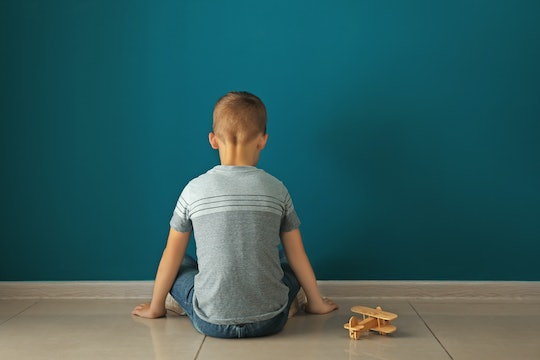 The Difference Between Aspergers & Autism

Though you've probably heard of autism, and you may have even seen a portrayal of autism in the movies or on TV, you probably don't have extensive knowledge about autism or Asperger Syndrome unless you have personal experience with the conditions. And with the advances in the field in recent years, keeping up with the spectrum of autism can be hard to keep up with. As a result, many people often wonder how Asperger syndrome is different from autism.

Though researchers have yet to understand what actually causes Asperger syndrome, most agree that there is likely a genetic component. According to WebMD, most people diagnosed with Asperger syndrome have difficulties in three main areas: socialization, communication, and behavior range. Carroll says you can recognize symptoms of autism early by paying attention to your child's communication skills. Often times, children diagnosed with autism don't exhibit big smiles or other warm interactions, don't babble as often as other babies, and tend to lack in communicative gestures such as waving, pointing, and reaching for things. There are also screening tools that pediatricians should use during routine wellness exams to provide clues that your child may have ASD, according to Burgert.

Diagnoses of either autism of Asperger syndrome can be frustrating for parents, because it can feel like the parameters of the conditions are not clearly defined. Carrol has been working with children diagnosed with ASD since 2009, and says that though the underlying current of social and communication issues is true for all three, that "no two children on the autism spectrum are alike."

Though parenting a child who's been diagnosed on can be daunting at times, Carroll says that while "the rate of progress can be arduous and incremental," that it "only makes the progress sweeter when achieved." She also recommends tapping into local resources to establish a support network for you and your child. "It truly takes a village to raise a child," Carroll says. "Seek out families who have lived the process from diagnosis, to school, to adulthood." By creating a network of family, friends, and professionals who are familiar with ASD, you'll be able to best prepare you and your family for the unique experiences it presents.

More Like This
Should You Be Giving Your Toddler Melatonin To Help Them Sleep?
Why Is My Vaginal Area Dark?
What Is Monkeypox & Should You Be Worried? Here’s What You Need To Know
Two Young Children Have Been Hospitalized Because Their Formula Is Out Of Stock