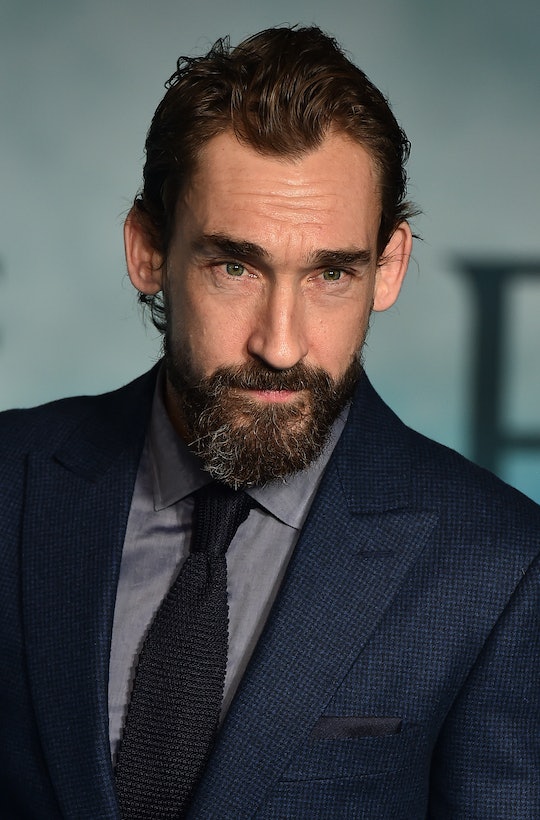 How Is Benjen Alive On ‘Game Of Thrones’? He's Here To Help Bran

There are just Stark reunions all over the place in Season 6 of Game of Thrones! After being lost beyond the Wall for actual years, Benjen Stark made his triumphant return in "Blood of My Blood." Benjen first arrives to save Meera and Bran from an oncoming horde of wights just in the knick of time. He keeps his face covered and identity hidden while also displaying some serious zombie-killing skills that put some of the guys on The Walking Dead to shame. There's no denying he's not quite the man he was when he disappeared. How is Benjen alive?

Though they have no idea who he is when he rescues them, Meera and Bran ride off with Benjen because they have no other option. He reveals himself later, which is when he also explains just what he's been up to since he disappeared. While he was beyond the Wall, Benjen and his men were set upon by White Walkers, and one of them stabbed him in the stomach. It was only the intervention of the Children of the Forest that saved him, and they were able to do so using the very same methods they used to create the White Walkers in the first place.

Benjen's appearance is notably changed: he's got some new scars but he's also developed a ghostly pallor that's not quite White Walker levels of pale, but not entirely human either. The White Walker who injured him did so with a "sword of ice," which would have turned Benjen into either a Walker or a wight, adding him to the undead army. However, before he died he was found by the Children of the Forest, who were able to counteract the Walkers' magic – an interesting but not altogether surprising bit of information considering the Children created the Walkers in the first place.

The Children saved Benjen in the same way they created the White Walkers: by plunging a shard of dragonglass right into Benjen's heart. This stopped him from dying or turning but left him with his paler than pale appearance, and presumably made him immortal. Benjen doesn't say as much, but considering how he was saved, it stands to reason that Benjen is now a lot harder to kill than he used to be.

This makes Benjen a great ally for Bran, especially now that Bran has lost everyone except for Meera. Benjen can protect Bran, but he also has knowledge of the same mystical forces that have been dominating Bran's story so far. Now that Bran has been marked by the Night King he has a serious conflict coming up, and it looks like Benjen will be the perfect person to have on his side.