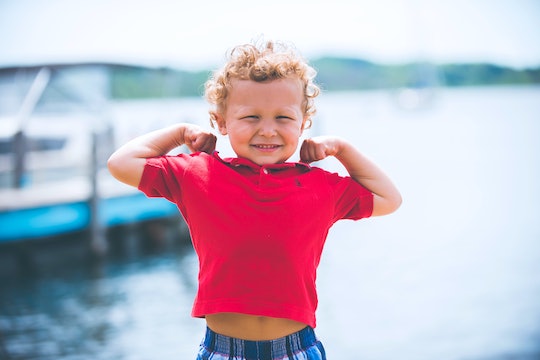 California Child Vaccination Rates Are Higher Than Ever

Boasting new, skyrocketing vaccination rates, the state of California has seen drastic decreases in the number of un-vaccinated children in schools this year. That's good news, of course. But public health officials across the country looking to replicate the results are definitely wondering: How is California getting parents to vaccinate their kids? It appears that some very stiff legislation is to thank.

The fact that 95.6 percent of kindergarteners had all of the necessary vaccinations in 2016 (compared to 92.8 percent just the year before) appears to be the direct result of a piece of legislation introduced in 2015, titled Senate Bill 277. It requires the following:

The bill does not apply to students "in home-based private schools," those "enrolled in an independent study program who do not receive classroom-based instruction," as well as "students who have an individualized education program (IEP)." SB 277 also requires the following immunizations for all California school children:

After a measles outbreak at Disneyland in 2015, which was attributed to the fact that "that a substantial number of parents have not had their children fully immunized with the measles, mumps and rubella vaccine" according to The Los Angeles Times, senators began working on legislation to prevent a similar issue from cropping up again. (A chart showing the steep drop in unvaccinated kids can be found below.)

Lawmakers responsible for promoting the new vaccine requirements sounded off in support of recent data. "It is gratifying to see that in the course of just one school year, more children — and the public at large — are now more fully protected from preventable diseases," shared California Senator Ben Allen. Senator Richard Pan, a pediatrician, also celebrated, "This success is a first step toward reducing the number of unimmunized people putting our families at risk for preventable diseases, thereby restoring community immunity throughout our state in the coming years."

"Vaccination is one of the best ways parents can protect infants, children, and teens from 16 potentially harmful diseases," the CDC states. "Vaccine-preventable diseases can be very serious, may require hospitalization, or even be deadly — especially in infants and young children."

The Disneyland incident was a wake-up call for Californians, and got lawmakers working on preventative measures for kindergarten classes to come. Hopefully, these higher vaccination levels will yield fewer breakouts, keeping schools a whole lot safer, and become a nationwide trend soon.