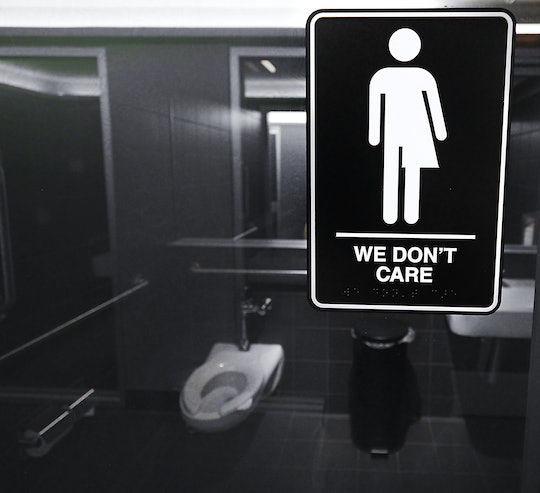 Faced with the threat of an extended NCAA boycott, North Carolina voted on Thursday to repeal and replace the state's infamous "bathroom bill," also known as House Bill 2. But how is HB 142 different than HB 2? Is it really a compromise? According to several civil rights groups, it's the same old discrimination in a new package. The American Civil Liberties Union characterized HB 142, the replacement bill, as a "poorly thought-out, dangerous backroom deal" that is "perhaps more insidious" than the original. The bill has bipartisan support; newly elected Democratic Gov. Roy Cooper issued a statement Wednesday night saying that the bill is "not a perfect deal, but it repeals House Bill 2 and begins to repair our reputation."

The new bill is deceptively short, and indeed, its first section does indeed replace S.L. 2016-3, the law that HB 2 enacted. That law required that, in public buildings, people had to use the restroom, locker room, or changing room designated for the sex listed on their birth certificate, rather than the one that corresponds to their actual gender. It also prohibited cities and towns from enacting anti-discrimination laws, or laws protecting workers (which is completely unrelated, but still awful).

Section 2 of the replacement sounds great it you read it quickly; it bars "regulation of access to multiple occupancy restrooms, showers, or changing facilities," which seems like it's meant to prevent another HB 2 in the future, right? But what it actually does is prevent just and fair laws regarding restroom use, meaning not only could transgender and gender nonconforming people still be discriminated against, nothing could legally be done to stop it, because this new provision bars the creation of non-discrimination ordinances for restrooms. Finally, the new bill prohibits local governments from enacting laws "regulating private employment practices or regulating public accommodations," meaning that private establishments can still discriminate against trans employees and public buildings can still force people to use the bathrooms that align with the sex on their birth certificates.

Following the passage of HB 2, North Carolina faced dozens of boycotts from celebrities, businesses, sporting organizations, and even other states. The Associated Press has estimated that the law likely cost North Carolina $3.76 billion dollars in revenue. The NCAA is expected to announce its choice for hosting future championship games shortly, so lawmakers are scrambling to get the bill passed in the hope of reclaiming the role. HB 142 passed in the Senate on Thursday morning, and the House passed it in the early afternoon. It will now go to the governor for final approval. Let's hope that the NCAA (and everyone else) actually reads the bill before applauding it.