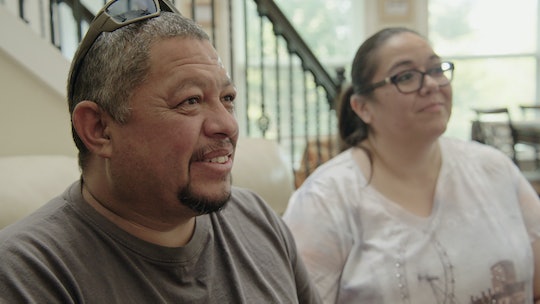 Willie's Story On 'Diagnosis' Left Me In Tears

Netflix's show, Diagnosis, based on Dr. Lisa Sanders' New York Times column of the same name, turns to crowdsourcing for answers on rare diseases — where the sufferers feel out of options. The first season introduces viewers to a handful of patients who have lived with mysterious illnesses, including Willie Reyes. After watching his heartbreaking story, it’s easy to wonder how Willie from Diagnosis is now.

The Gulf War veteran from New Mexico presented Dr. Sanders with his case of memory loss and seizures and the helplessness he felt after seeing multiple doctors. Now, I can’t help but wonder what happened to him after getting some answers he had never been given before about his own illness.

Willie either isn't active on social media or he just prefers to keep his life private from those who aren't friends and family. Because of that, it's hard to say how his health is now that his short time on Diagnosis is over. He was, however, one of the lucky ones who got some potentially helpful answers from someone thanks to Dr. Sanders reaching out into the internet abyss for help regarding his condition.

Willie’s condition was an anomaly at first, according to Dr. Sanders’ New York Times column about Willie’s condition. His condition began with a seizure and snowballed into more frequent incidents, which eventually led to sporadic memory loss. He visited several doctors around New Mexico and was treated for many possible conditions but nothing seemed to work.

Willie underwent computed tomography (CT) scans, electroencephalogram (EEG) tests, and magnetic resonance imaging (MRI) scans to determine if there was something interfering with his brain which caused the seizure. All tests but the MRI came back normal. Willie’s neurologist showed him bright spots on his brain scan which could have been points of infection or an autoimmune disease. Still, nothing was entirely conclusive.

Eventually, through more seizures, mood swings, and bouts of memory loss, Willie began taking medication to treat a possible autoimmune disease. After more MRIs and even a biopsy done on some of his brain tissue, Willie’s condition was still a medical mystery to the specialists he continued to see.

Willie finally got some answers on Diagnosis about what his problem could be when a fellow veteran with similar symptoms contacted Dr. Sanders. As for Willie’s condition now, after the show, it’s hard to say for sure. In a study by the VA Puget Sound Health Care System and University of Washington, it was determined that explosions experienced by veterans could have lasting effects on mood changes and memory loss years after they served in the military.

Although it’s not clear if this is the reason Willie experiences seizures, memory loss, and mood changes, it does offer a possible explanation. And it explains why the other veteran on Diagnosis would have similar symptoms. Being able to pinpoint the why of Willie’s problem could be the key to getting the help he needed all along, short of more extensive tests.

Unfortunately, it’s hard to say what his condition is now, but I can only hope that after crowdsourcing for answers with Dr. Sanders on Diagnosis, Willie was able to gain some of the clarity he needed.

More Like This
17 Baby Names Inspired By 'The Great British Bake Off'
Here’s How To Watch The National Dog Show On Thanksgiving Day This Year
'Virgin River' Has Wrapped Filming Season 5 & OMG Is Charmaine Still Pregnant!?
Rubble From 'PAW Patrol' Is Getting His Own Spinoff Series Full Of "Messy Demolition"