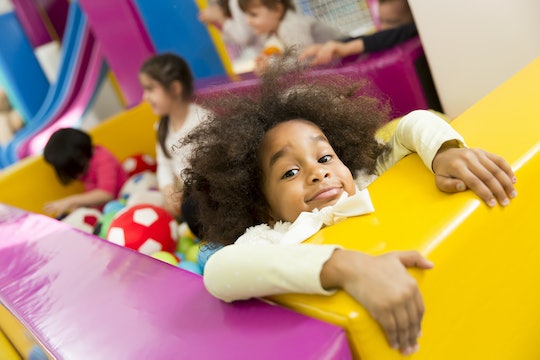 So, Jupiter Is In Retrograde RN... Here's How It's Affecting Your Kid's Zodiac Sign

There's an awful lot of guesswork involved when it comes to parenting, and it's almost impossible to make the right guess every time. So if there was something that could help you to predict your kid's otherwise oftentimes unpredictable behavior, you'd probably want to give it a shot, right? Enter astrology! You might not have your child in mind when you scroll through the daily horoscopes, but it makes sense that they'd be affected by the cosmos, too, like Jupiter's current retrograde course in the sign of Scorpio. So what does Jupiter retrograde mean for your kid?

"Jupiter is one of the biggest planets, physically, and that plays into how it works astrologically," astrologer Maressa Brown told Romper for a previous article.

For example, Jupiter is known as the planet of abundance and luck, and represents expansiveness and big-picture thinking. It also has an "exaggerating effect," Brown says, the nature of which will depend on the planet's position in an individual's chart (such your child). But because this Jupiter retrograde is in Scorpio, she continues, the overall theme is one of internal, spiritual changes.

What about babies who are born during this Jupiter retrograde, which started on March 8 and lasts until July 10? You might have a bit of a procrastinator on your hands, according to an article on Witchipedia:

"Children born while Jupiter is in retrograde tend to develop amazing plans, but have a hard time every getting started on anything," the article explained.

"This challenge should be faced with help from friends."

Well, the "amazing plans" part is definitely a positive, at least! And you can surely be that helpful friend. Here's what to expect for kids who have already been born over the next few months.