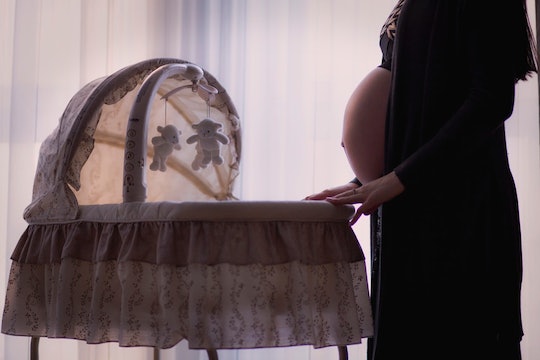 How Long After Having A Baby Can You Get Pregnant Again?

Few things come with a foolproof guarantee, and determining how long after having a baby you can get pregnant again is no exception. The only thing you can be sure of is the odds are different for every women. There are factors that can affect the length of time it takes to conceive again after giving birth, and becoming familiar with those will help you understand this process — whether you are trying to get pregnant again, or trying to avoid it for a while. Once you're knowledgeable on what's happening with your body postpartum, it's easier to determine when your body will be ready to conceive again.

The myth that you have to get your period back in order to get pregnant has been debunked, according to Baby Center. This dated belief isn't accurate because you ovulate before your period starts, and ovulation is the point in your cycle when you produce eggs which can be fertilized. As the American Pregnancy Association pointed out, knowing when you are ovulating can be tricking business. This is because many times, most women do not have clear symptoms, and feel no different than they normally do. However, common signs are changes in cervical fluid (discharge), basal body temperature, and cervical firmness. Noticing these difference could tip you off that you're ovulating.

But not everything happens like it used to once you've had a baby — especially periods. Before you had kids, a typical menstrual cycle meant ovulation, period, and few weeks before it started all over again. But there are some distinct differences for postpartum women that come down to breastfeeding. According to Healthline, non-breastfeeding women typically see their period return about six weeks after giving birth, which puts ovulation approximately 74 days after you had your baby. If you're not looking out for some clear signs, it's easy to think you're not in a position to conceive, although your body is physically able to become pregnant again at this point.

So what about breastfeeding moms? Well, they're not off the hook either. Moms who are nursing can get pregnant as well, as Parenting magazine pointed out. Even though breastfeeding moms often experience an absence of a period (sometimes called amenorrhea), it's still possible for them to ovulate. And much like the mamas who are bottle feeding, knowing the symptoms of ovulation will clue you into the time frame you are able to get pregnant.

One thing to remember when talking about how soon you can get pregnant after having a baby is that there's more to consider than just the physical possibility. There is a bigger picture; and being mindful about the emotional impact, risk factors, and long term health of you and your baby are all factors that matter, according to Mayo Clinic. Which means that just because it is technically possible to get pregnant soon after having a baby, doesn't mean it's the best thing for your body, your baby's health, or your family.

Although there is no crystal ball to tell you when to get pregnant again, there is some science that suggests how far apart you should have kids. Giving your body time to recuperate and heal takes an average of 18 to 24 months for most postpartum women. Allowing your body the time it needs to prepare for another pregnancy can be crucial to your prenatal experience as well as your baby's overall health.