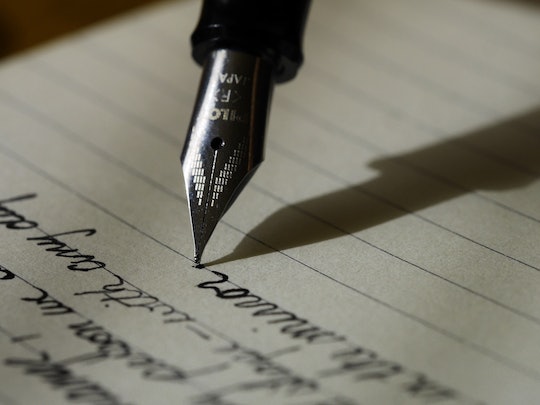 How Long Are Most Ransom Notes? 'The Case Of: JonBenet Ramsey' Sheds Some Light

JonBenét Ramsey's murder is one of the most high profile unsolved mysteries of the 21st century. The death of the 6-year-old on Christmas Day in 1996 stunned the nation. But many aspects of the case have continued to confound investigators for the last 20 years. Strangest of all? The ransom note. On CBS' The Case Of: JonBenét Ramsey the original investigators on the case teamed up, with the help of new technology, to look at the clues again. How long are most ransom notes? According to investigators, not nearly as long as the note left at the Ramsey house — which they say was more of a letter.

In kidnapping cases, the perpetrator more often than not leaves some kind of note demanding money in exchange for the return of the child they've kidnapped. Some of the most famous kidnapping cases in history began with the discovery of a ransom note, not unlike the case of JonBenét Ramsey. Oftentimes, these notes are the most critical piece of evidence investigators have — sometimes it's the only evidence they have. And by looking at the handwriting, the language used and the specifics of the note, they can uncover clues about the writer.

Investigators on the JonBenét Ramsey case claim in the new CBS special that the ransom note was unusually long: three handwritten pages. It was also very carefully written – all the i's were dotted, for example, and when the investigators attempted to rewrite the notes they found it took approximately 20 minutes. Whoever wrote the ransom note, then, had plenty of time.

The note also included some very specific things that stood out to investigators: the amount of the ransom — $118,000 — was a very small sum to demand, considering the Ramsey's were millionaires and close to what John Ramsey, the girl's father, had received as a bonus at the time (meaning that someone who knew them likely wrote the note). Investigators also felt that the language of the ransom note, and the tone, was oddly similar to ransom notes found in popular culture, such as movies like Dirty Harry. Investigators also suggested that the note was written by a woman, because of the choice of words, phrasing and other elements to the note's "voice" and "style" which are typically feminine.

Investigators also pointed out that a lot of the information in the ransom note is extraneous: most ransom notes are short, written quickly and to-the-point.

There have been other slightly odd ransom kidnappings, though: like the 13, separate ransom notes left for Charles Lindberg in the months after his baby son was kidnapped in 1932. In Lindberg's case, investigators used the note's handwriting to link to a possible suspect. It was the first time the FBI crime lab had done this kind of handwriting analysis before. Although there were several notes left, they were not long notes and they created an ongoing dialogue of sorts between the Lindberg's and the kidnapper.

The three-page ransom letter left for the Ramsey's was the only communication they had. No phone call was ever made, even though the letter stated that the kidnapper intended to call to arrange a drop-off of the ransom money.

In some cases, ransom notes are created using cut-outs from magazines or books, so that words can be spelled out and no handwriting (which could identify the kidnapper) has to be used. This is called the Ransom Note Effect, and is also used to describe odd typesetting or certain stylized fonts.

Some killers have used ransom-type letters to communicate with the media or the public during their sprees: most famously, the Zodiac Killer sent a series of cryptic letters to the San Francisco Chronicle in the late 1960s and early 1970s.

Although the letter in the JonBenet Ramsey case remains one of the most fascinating and bizarre pieces of evidence in America crime history, it never lead to a conviction and the case remains unsolved.