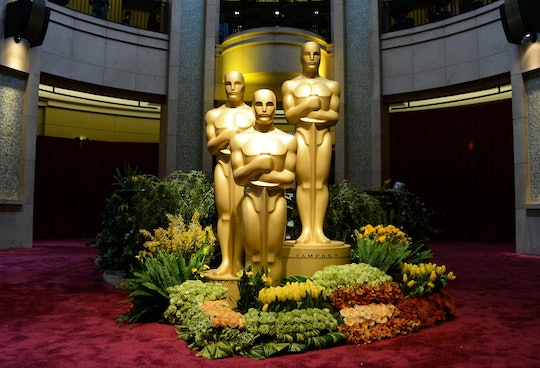 How Long Are The Oscars This Year? The Show Is Bound To Be Long

The biggest night in film is just a little less than a week away. On Sunday, Feb. 24, so many talented people will gather for the 91st Academy Awards to celebrate one another. But while everyone is so excited to see who takes home the statuettes, they're also probably wondering — how long are the Oscars this year?

Let's be real, awards shows are slightly inconvenient. They're always on a Sunday night before work and always seem to last a little too long — especially when they save the best categories for last. This might cause some people to fall asleep in the beginning of the award show or just give up on it completely (and read about the winners the next morning). So, of course, people will want to know how long the Oscars are this year, in preparation for their Sunday night.

The ceremony starts at 8 p.m. ET and is being aired on ABC, according to CNet — and is expected to be three hours long, according to CheatSheet. So, people can expect the Academy Awards to end around 11 p.m. But, everyone knows that things don't exactly go according to plan when it comes to awards shows — so, viewers might want to tune in to the red carpet coverage before the show airs and plan on the actual award ceremony running a bit over, just in case.

But watching the full show will be so worth it, right?

There is a reason why the Academy Awards could run a little bit longer this year — they're trying to fit as much content as possible in the three hour run time. Just days before the awards show, the Academy announced that all 24 categories would be shown live, according to TIME. Four different awards — which were previously going to be cut from the ceremony, edited down, and shown during a commercial break — will now be presented without edits, on Sunday. With so many people giving such emotion-filled speeches, this will definitely add to the length of the show.

On top of this, there will be a lot of performances this year. Instead of opting for one or two performances, the 2019 Academy Awards will feature performances of all five of the songs nominated in the Best Original Song category, according to Variety. This means that people will get to hear Lady Gaga and Bradley Cooper perform "Shallow" from A Star Is Born and see "All The Stars" being performed from Black Panther. This is a much welcomed change for a people who like to have a break from the monotony of hearing speeches all night.

Needless to say, the 2019 Academy Awards will be so much different from what people are used to. Especially since there won't be a host for the awards show, according to Vox. This year, there will be no comedian or actor to usher in some adorable and awkward moments to loosen up the crowd. And this will definitely make things different — but there is no telling if this will add to the length of the show.

No matter how long the show is, people will definitely feel strongly about it either way.