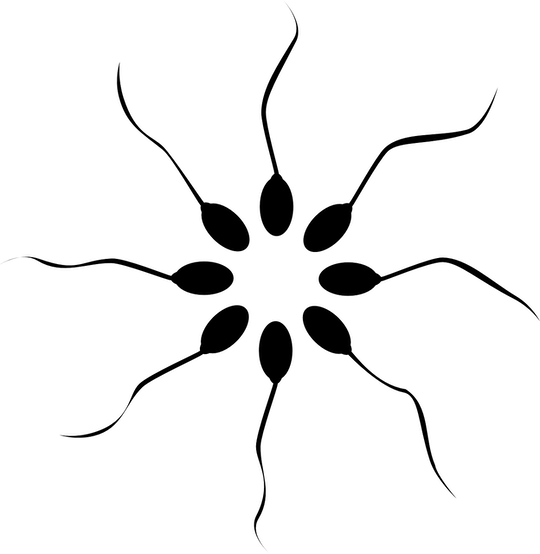 Here's How Long Sperm Stays In Your Vagina

I remember one particularly weird thing I attended while trying to conceive; it was a group meditation focused on getting pregnant. (Yep, that's a thing I did.) One of the exercises was "imagining the sperm thriving in my womb," I swear. But unless you just recently had sex, that's a hard thing to imagine, right? How long can sperm stay in the vagina? Because if I'm going to meditate about it in a roomful of strangers, I want it to be appreciative, dang it.

When you talk about sperm, you really need to get to the nitty gritty of the stuff. It's not just sperm that is ejaculated, according to LabCE. Sperm is actually a small part of the overall ejaculate. It contains spermatazoa (sperm), which is developed in the testes, and surrounded by the seminal fluid that transports it to where it needs to go. Ejaculate also contains fluid from the seminal vesicles, commonly referred to as "semen," which is primarily glucose that feeds the sperm. Those sperm are already knocking back all-natural Red Bull in order to swim faster and stronger. The rest of the ejaculate is mostly enzymes from the prostate gland that keep it viscous and moving, and various mucoproteins. Cool, right? Those proteins and enzymes help protect the sperm while it feeds on the sugar, adding to its longevity. But how long can sperm stay in a woman's vagina? If you have sex a few days before your body releases an egg, can you get pregnant?

It turns out that sperm live longer inside the woman's body than you'd think. It's like those little swimmers, along with bringing their own Red Bull, also brought a suitcase and easy chair — they have real staying power. It turns out, that sperm can live in the vagina and/or cervix for two days, according to CBS News, and sperm can live inside your uterus for five days, according to Mayo Clinic.

Also, it's not just the full load you need to worry about. Pre-ejaculate contains enough sperm to get you pregnant, and it has the same lifespan, according to Oakland University. This is great if you're trying to conceive; not so great if you had too much beer at a Yankees game and then relied on the pull-and-pray method for birth control. I never would've thought that my husband's sperm had such longevity, considering the fact that my husband can't sit through an episode of Alaska the Last Frontier without falling asleep on the sofa. But that sperm has a purpose — to get you pregnant. So while it's best to try and get the sperm in when your body's ovulating, a few days before gives you a good chance of pregnancy, too.

More Like This
Here's Why Your Vagina Burns After Sex
What Foods Fight Nausea During Pregnancy?
OB-GYNs Explain The Connection Between Stress & Miscarriage
Diastasis Recti Exercises You Can Do At Home To Heal Your Abdomen
What Parents Are Talking About — Delivered Straight To Your Inbox