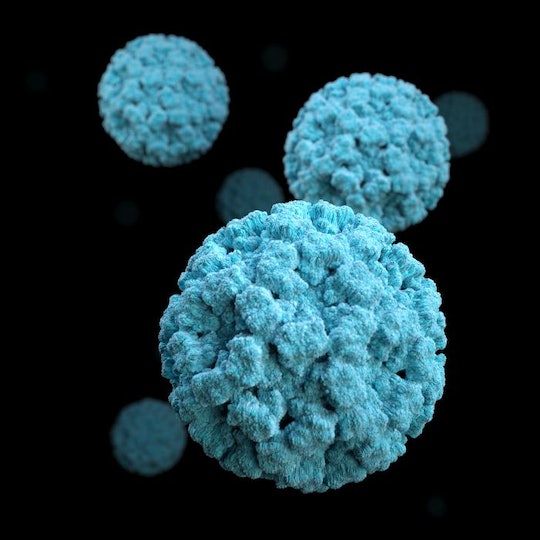 Just How Long Will Norovirus Your Symptoms Last?

As if American politics, war, and natural disasters weren't enough to have you worried, recent outbreaks of norovirus have started taking over the headlines as well. The virus, which is highly contagious and tends to be worse in kids and older adults, is a nasty stomach bug that has a wide range of symptoms. From nausea to diarrhea to vomiting, the norovirus isn't exactly something that you want to contract, but, unfortunately, some things like this are impossible to avoid. However, all is not lost if you do catch the norovirus, and there are ways to cope with it, although no one treatment is available (hydration and rest can help). While you're stuck in bed, miserable as ever, you may be wondering, how long does the norovirus last? Well, the answer has quite a lot of variables, but it's mostly positive.

While the Centers for Disease Control and Prevention define no specific parameters for how long norovirus tends to stick around, Mayo Clinic staff have reported that, "diarrhea, abdominal pain and vomiting typically begin 12 to 48 hours after exposure. Norovirus symptoms last one to three days, and most people recover completely without treatment." While this is mostly good news, it's important to note that symptoms don't appear immediately, so you may be in contact with norovirus and not even know it. Similarly, you may be putting others at risk without knowing it, either.

As with most other sicknesses, norovirus is most easily transmitted in close quarters, so children who regularly attend school are definitely at a higher risk. And, unfortunately, if your child catches the virus from another student at school, you as a parent are also put at a higher risk for the illness.

As there is no actual cure for the virus, experts recommend staying home and avoiding going to your doctor, as the virus spreads quickly and easily. While this may not be the most fun thing in the world, with rest, hydration, and acetaminophen as needed, your symptoms will dissipate.

Obviously, norovirus isn't a walk in the park, and you'll want to avoid it as much as possible, but catching it isn't the end of the world. You'll likely begin to feel better within three days, although you should stay home and out of public spaces for 48 more hours after to ensure the virus doesn't spread beyond you. Make sure to clean all hard surfaces with hot water and bleach to kill any lingering germs. (Hand sanitizers are useless, and even Lysol sprays won't do the trick, so you'll want to do whatever you can to prevent anyone else from catching it.)

So, of course, do what you can to keep you and your family healthy, but remember that it isn't the plague, and it will go away, with time.