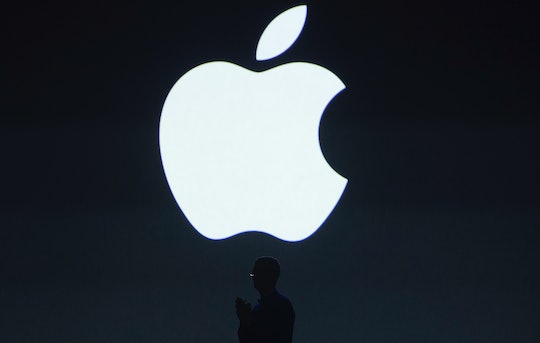 Yes, The iPhone 8 Has A Beefier Battery, But There's A Catch...

Apple's new iPhone 8 was officially unveiled on Tuesday, and two other phones — the iPhone X and iPhone 8 Plus to sell alongside the new iPhone 8 — were released Tuesday afternoon as well. Whenever Apple is scheduled to release a new product, rumors fly. One of the features of the product that Apple fans have been anxiously awaiting news about is the battery life of the iPhone 8. How long does the iPhone 8 battery last? (Because I think we're all always in search of a mobile phone with a miraculous battery life, as futile as that hope may be).

As someone who recently made the switch away from Apple phones after years of having problems with their products (that may have, admittedly, had more to do with a bad tech vibe I give off than the products themselves), I'm more removed than ever from the excitement that is an Apple product release event. But even I was curious to know what the iPhone 8 would be like before Tuesday's event.

Apple’s goal with the new iPhones is "to signal a new path for mobile devices," the way it did when the iPhone was first launched in 2007, according to The Verge. And as the iPhone 8, 8 Plus, and iPhone X were released, the world watched to see what Apple's newest technology had to offer.

Techies will likely care about things like the size of the screen, whether the new iPhone will be waterproof, and if the iPhone 8 will have 3D facial recognition. And while regular consumers might care about some of those things too, a lot of potential buyers are wondering about one particular feature that could impact the average, day-to-day use of an iPhone: how long the battery life is on the device.

The iPhone X, iPhone 8, and iPhone 8 Plus are expected to have longer battery life, according to The Telegraph. And on Tuesday, an Apple spokesperson confirmed that the iPhone 8 and iPhone X will have two hours more of battery life. The outlet also previously reported that these new products allow wireless charging, which was confirmed at Tuesday's event. I would have appreciated that when I had an iPhone, and constantly lost my charge cord or had to replace it often because it frayed.

However, there was a possibility the Apple brand wireless charger base wouldn't be ready for the iPhone 8 launch, according to The Mac Observer. Third party models might work just fine, but diehard Apple fans who want the whole package in one go could be out of luck.

Some critics feel that going wireless with battery charging shouldn't be a priority of Apple's anyway, and they're not hopeful the iPhone 8 will improve much on the battery life issue many mobile phones have. The battery life of an iPhone already isn't great, and Apple should focus on improving both that and how fast the battery can charge, The Register argued.

Let's say you're even more impressed with the iPhone X, the more expensive counterpart to the iPhone 8, whether or not it has an improved battery life. In that case, you've gotta be ready to fork over some serious cash for the product. The new iPhone X could cost as much as $1,000, according to TIME.

If it's worth it to you, though, go forth and let your Apple fanboy or fangirl flag fly by snagging one of the new iPhones, whether it's an iPhone 8, iPhone 8 Plus, or an iPhone X. Who knows? Maybe we'll look back in another 10 years and see Tuesday's Apple release event as another game-changer for technology — and if you grab one of the iPhone 8s, you'll be able to say you got ahold of a legendary device first.