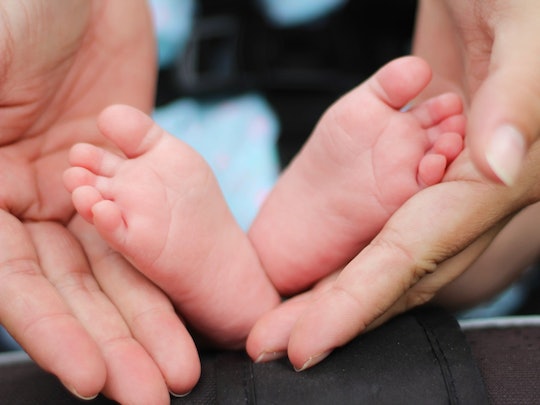 How Long Does Zika Stay In A Baby’s System? New Research Suggests It Has Staying Power

The Zika virus is linked to brain damage in fetuses, but it may be similarly dangerous to newborns. If an infant is infected, how long does Zika stay in a baby's system? Zika may remain alive and active in the child for months after the virus is contracted, according to NBC News.

Researchers who studied a baby in Brazil discovered that he appeared to have a Zika infection for over two months, NBC News reported. Because he had brain damage while in the womb, doctors believe he'd endured the impact of the virus before he was born. Though the average Zika infection in humans lasts about one week, according to USA Today the boy was reinfected for months by the virus that was already in his body. The finding suggests that if Zika is contracted by an infant, or infects a fetus in a late-stage pregnancy, it still has potential to cause brain damage.

The impact of Zika on the brain is deeply concerning; in fetuses and infants, Zika is tied to microcephaly and to "gray- and white- matter loss," TIME reported. It may also lead to excess fluid and to brain stem problems. And though Zika is likely most closely associated with microcephaly in public opinion, Zika-related brain damage can occur even if a fetus doesn't get microcephaly. The possibility that Zika could reinfect an infant for months suggests that the virus could capitalize on the human brain's most vulnerable time and cause damage well after a baby is born, according to NBC News.

When a mother exposed to Zika gives birth, a physician may check the newborn for Zika-related abnormalities and test the mom for continued infection, the Centers for Disease Control and Prevention reported. But if a baby either lives in or travels to an area where Zika is common, it's essential to watch for signs of infection. Major symptoms include "fever, rash, conjunctivitis, or arthralgia," according to the CDC.

One of the most important things parents can do to protect their children from Zika is to guard them against mosquito bites. Though bug repellents seem like an easy option, they may not be safe for babies; consult with a doctor first (they might suggest long sleeves and long pants in a lightweight fabric). For little ones, NPR advised buying mosquito nets; they can be placed over strollers (just make sure the net is secure and unable to fall in on a baby). At home, National Geographic reported that either keeping windows closed or installing screens on windows can be a way to keep mosquitos out, especially at night while everyone is asleep. Removing standing water from around the home is also important to make it more difficult for mosquitos to breed nearby.

Zika is threatening, but most parents in the United States may not need to be particularly on guard. As of Wednesday, the only locally-acquired Zika cases in the United States occurred in Florida and the territories of American Samoa, Puerto Rico, and the US Virgin Islands, according to the CDC. The majority of cases in the country are travel-related, so many moms don't have to worry about kids playing in their own backyard.

Even in areas where Zika is uncommon, protecting against mosquito bites can be a good idea. And if a baby displays any symptoms of Zika or has had any known exposure to Zika, it's important to consult with a doctor as soon as possible.