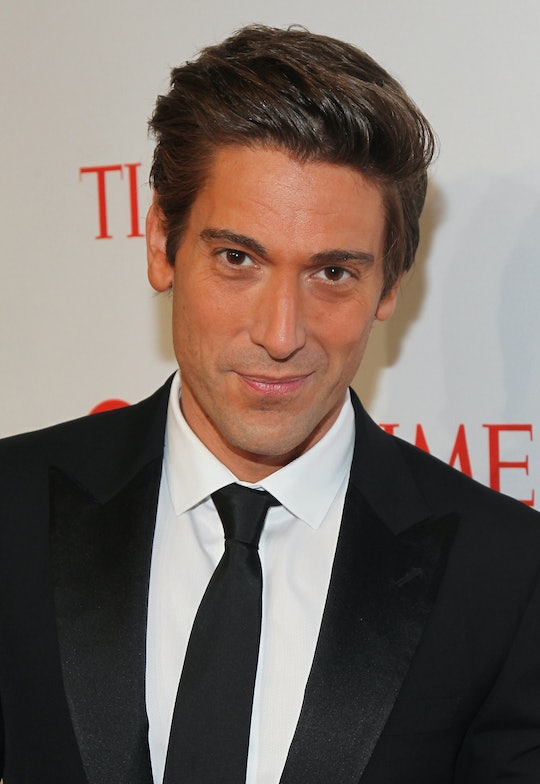 Saturday night's Democratic debate will be moderated by Martha Raddatz and David Muir of ABC News. You probably recognize both, and you may be wondering how long David Muir has hosted ABC World News Tonight. He's actually been in the role since he succeeded Diane Sawyer in January 2014. Muir has worked with ABC since 2003 when he was the overnight anchor for World News Now, then moved onto host the weekend ABC World News in 2007. He was reportedly responsible for some major ratings boosts for weekend broadcasts during his stint on the programs. Later he was promoted to co-host of 20/20, one of ABC’s long-running magazine programs, with Elizabeth Vargas.

The anchor has reported on lots of major events and issues. In 2005, Muir went to the Superdome during Hurricane Katrina and stayed in New Orleans to report on the effects of the hurricane on the city. He has also reported from Gaza, Tahrir Square during the Egyptian revolution in 2011, and Newtown following the devastating school shooting there in 2012. Between him and Martha Raddatz, the Democratic presidential candidates should be ready for thoughtful questions about their policies and views on current events.

Despite his considerable experience, this is Muir's first time moderating a debate.

Muir has been described as chasing ratings, which isn't a bad thing if you have the journalistic chops. Nearly everyone can appreciate good television, especially when it's also informative. Let’s hope voters can count on Muir to bring out the best in the candidates tonight.