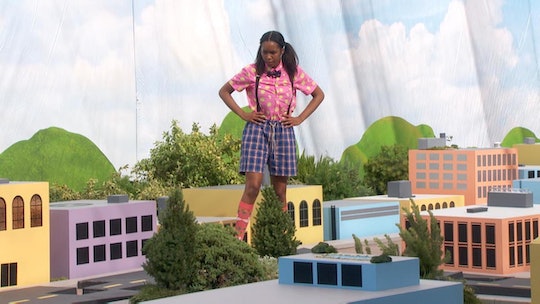 Bayleigh's Power App On 'Big Brother' May Go To Waste

Although the power app twist is now over, the apps are still having an effect on the house. Though Tyler's power app only really effects his own game, Bayleigh's could ruin someone's head-of-household. However, now that she made the mistake of telling Rachel about her power and Rachel told every one else, Angela, the current HOH, is set on getting Bayleigh out of the house before she can use it. So how long is Bayleigh's power app active?

When Bayleigh first chose her power app, Identity Theft, she was told it could be used until there are only eight people left in the house. Currently there are 11 people left in the house so in theory she has three more weeks to use her app, but if there is a double eviction night soon she has less time than that. Even though Angela and the rest of Level 6 (Level 4?) don't fully understand Bayleigh's power, which allows her to "secretly" change the HOH's nominations ahead of the nomination ceremony, they know it's better to get her out now than have to worry about it later. Hence why the current plan is to backdoor Bayleigh and send her to the jury house.

However, along with Bayleigh's power, Angela also had to worry about the new twist in the house, the Hacker Comp. With the Hacker Comp a houseguest would anonymously win the power to replace one of Angela's nomination with their own, nominate someone to play in the veto competition, and cancel one person's vote on eviction night. Honestly, that is a lot of power for one person and it can be heavily debated whether or not that's fair, but the fact is the Hacker could greatly effect the game and as long as their secret doesn't come out they could do so without ruining their own game.

This week Haleigh won the hacker comp, totally ruining Level 6's plans to anonymously nominate Bayleigh without having to get blood on their hands. Thus, after Angela nominated Rockstar and Scottie for eviction, Haleigh decided to pull Scottie off the block and replace him with Tyler. This was a big move for a number of reasons, but Haleigh explained it best. Tyler has been safely playing the middle of the house, always voting with Level 6, but somehow still keeping the other side of the house in his pocket.

Additionally, though Haleigh doesn't know it, she got around Tyler's power app by nominating him as the hacker. Tyler's power app, The Cloud, allows him to sit in the cloud in case he's worried about being nominated before or after the veto competition, so he can't be nominated. However, because he didn't know this was coming, Tyler couldn't use his app, and now he's on the block. That said, it's very unlikely Tyler will still be on the block come Thursday night.

Tyler has shown time and time again that he's a comp beast and since he's currently on the block he automatically gets to play in the veto competition. Additionally, as HOH Angela will also be in the competition and she'll definitely pull Tyler off the block if she wins the POV since he's an alliance member. Plus, Angela has made it very clear that her target for this week is still Bayleigh and she plans on backdooring her. So if either Angela, Tyler, or someone on their side of the house gets the veto Tyler will definitely be pulled off and Bayleigh's going up. And if Bayleigh is on the block come Thursday night she's most likely going home, which means her power app will go to waste.

No matter how everything plays out, this is sure to be another interesting week in the Big Brother house.