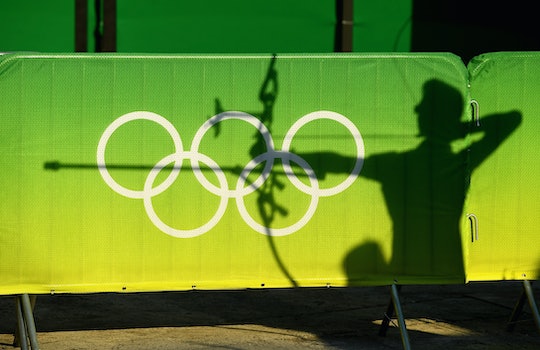 How Long Is The Olympic Opening Ceremony? The Games Will Officially Kick Off

After weeks of hype, the 2016 Summer Olympics begin tonight with a huge kick-off event in Rio de Janeiro. The show starts at 7:30 p.m. Eastern Time, so not too late, but how long does the Olympic Opening Ceremony last? For grown-ups it might not be too late for a Friday night but does the ceremony go on for hours? If your kids asked to stay up late to watch, will they be totally zonked tomorrow?

Good news all around — the ceremony itself doesn't usually go too late (which is probably a relief to all the athletes who need to rest up for the games) and the performances are usually very kid-friendly — lots of dancing, singing and other traditions that reflect the country hosting the games. In other words? Totally fun and educational.

This year, the ceremony will be hosted by some familiar faces from The TODAY Show: Matt Lauer, Meredith Viera, and HODA (that would be Hoda Kotb). And the most decorated Olympian ever, Michael Phelps, gets to be the flag bearer, which is a pretty big deal. It's even cooler because his teammates were the ones to pick him for the special honor.

There will be lots of other familiar faces, too — and plenty of new athletes from around the world who are celebrating competing for the first time. It's actually the number of people competing that determines how late the ceremony goes on: the parade of nations, where we get to see all the teams competing this year, is the tradition that takes the longest, but it's super exciting.

The last ceremony, back in 2014 at the Winter Olympics, lasted just over 2-and-a-half hours — which isn't that much longer than a movie, really. If this year's ceremony is similar in length, it would be safe to say everyone could head to bed by 10 p.m.

There are other factors that come into play to determine how long the ceremony will last that have more to do with tech than people — like how quickly the show transitions from one thing to another. The crew and "cast" plans for months to make everything go smoothly; but, not unlike live theater, sometimes unexpected things come up.

The network that's airing all the Olympic coverage here in the states, NBC, has blocked out 4 hours on its schedule to devote to the ceremony, but that doesn't mean it will actually go that long.

One reason that it's not likely to be as long or grand as previous opening ceremonies (remember London in 2012 when the Queen of England did that James Bond spoof with Daniel Craig?) is that Brazil is going through a lot as a country, and it's not just as a result of the Zika virus outbreak.

The country of Brazil is in the midst of political and economic upheaval that means it just hasn't had the budget that other countries have as Olympic hosts. In fact, a lot of people who live in Brazil think that the games are frivolous compared to the state of crisis the country's people are in.

Rio was chosen to host the Olympics back in 2009, and back then, things in the country were looking a lot better. But that being said, Brazil did get a government bailout of $850 million back in June that will hopefully help out with the games, but also, to make sure the people of Brazil remain safe.