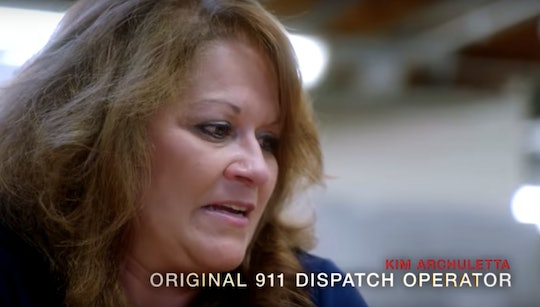 How Long Was Kimberly Archuleta Under A Gag Order? She's Finally Free To Speak

On Sunday, CBS began airing its 4-hour-series, The Case Of: JonBenét Ramsey as the nation approaches the 20th anniversary of 6-year-old JonBenét's murder — which remains unsolved to this day. The Case Of: JonBenét Ramsey digs into this baffling and tragic case, this time using forensic techniques and examinations of evidence that haven't been done before. This includes an interview with Kimberly Archuleta, the original 911 dispatcher who answered Patsy Ramsey's frantic call on December 26, 1996 — who was placed under a gag order. How long was Kimberly Archuleta under a gag order? Almost unbelievably, it's been 20 years — and until this docu-series — that Archuleta has spoken on record about the case.

"This is the first time that anyone has asked for my opinion," Archuleta told Laura Richards, a former analyst with New Scotland Yard, and Jim Clemente, a former New York city prosecutor and retired FBI profiler. Richards and Clemente appeared shocked that during the entire course of the investigation into Ramsey's murder, Archuleta was not permitted to make any statements. "I wanted that case solved," Archuleta told Richards and Clemente. "I wanted someone to come talk to me." As she spoke, Archuleta became emotional.

Archuleta then described how she was placed under a gag order following JonBenét's death — an investigator came to her house and told her she was under a gag order until the case went to court. When a grand jury convened in the JonBenét Ramsey case in September of 1998, Archuleta was never called to testify and thus, couldn't speak about her experience that night in 1996 of taking Patsy's frantic 911 call. Richards pressed Archuleta on her gag order, asking, "What did you make of that?" Archuleta didn't respond, merely shaking her head and visibly upset.

"That's one of the reasons I stayed on until they disconnect," Archuleta then said, in reference to the six seconds of additional audio before Patsy Ramsey hung up the phone, noting that perhaps any information gleaned from those moments could have helped them. "There were things being said that somebody needed to know," she continued. Wiping away tears, Archuleta stated that she believed if she had been asked to testify, her testimony could have "turned the case around." Whether or not that's actually true, however, is still up in the air.