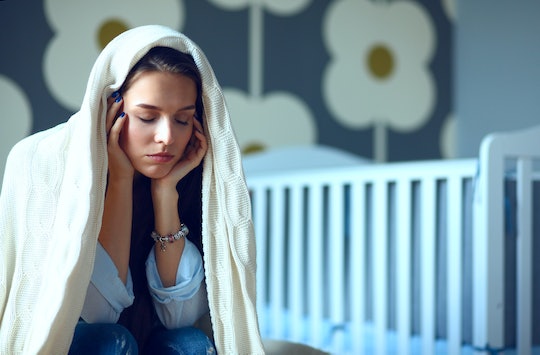 How Losing Sleep Affects Your Parenting

Sometimes sleep loss is unavoidable, and can leave you feeling disoriented and fatigued. And it's takes an extra toll on parents. It's difficult enough to take care of yourself when you're exhausted without having to worry how losing sleep affects your parenting.

Interacting with kids takes a certain amount of patience. And when you've lost sleep, it can be difficult to summon the strength to stay patient and calm. "Sleep deprivation steals your patience towards your children," Dr. Kathleen Berchelmann, a pediatric hospitalist and clinical assistant professor of pediatrics at Mercy Children's Hospital and the University of Missouri School of Medicine, wrote in a post on St. Louis Children's Hospital's MomDocs blog. "Without patience, apathy and anger easily replace love and gentleness." Berchelmann wrote from experience, as she worked night shifts for almost a decade while spending each day with her children. It's understandable that you may have less patience when you're completely worn out, but that can affect the way you interact with your kiddos.

Beyond lack of patience, losing out on a good night's sleep can make you feel a bit, well, down. In a post on her research-based blog The Science of Mom, scientist and author Alice Callahan compared new parents to medical residents in terms of how much (or little) sleep they get. As Callahan mentioned, a 2006 study found that first year medical interns who experience chronic sleep deprivation are seven times more likely to experience moderate depression, as well. Depression itself can directly impact your parenting irrespective of how much sleep you get each night, but if you become depressed due to a chronic lack of sleep, it's like a double whammy.

Additionally, and perhaps unsurprisingly, being well-rested can make you a more attentive and involved parent. Of course, you're not looking for ways to be less involved. But it can be difficult to muster the enthusiasm for make believe when you're running on a few short hours of sleep, which could mean that you end up paying less attention to your little ones, even when you're with them. Scrolling through your phone as they jump around or handing them an iPad because you're too tired — sound familiar?

Sleep deprivation can also affect you physically and mentally, which, if you're a parent, means it can affect the way you interact with your kids. Psychologist Dr. Jodi A. Mindell, a professor at St. Joseph's University in Philadelphia, told WebMD that "you're more likely to make mistakes when you're tired. You're more likely to slip and fall, or cut yourself when chopping vegetables, or forget to fasten the straps of your baby's high chair." Those are no small issues because they could result in (potentially serious) injury for either you or your kids, or both, if, for example, you slip and fall while carrying your toddler up the stairs. Many sleep deprived adults may not even realize they're not functioning as well as they normally would if they were well-rested, as a 2004 study published in the journal Sleep found.

From seemingly benign lack of attention or increased quickness to anger (which may really not be quite so minor) to the potential for actual, physical harm, losing sleep can affect your parenting in less than desirable ways. Although most people, as parents well know, can't avoid it entirely, prioritizing your own sleep as much as you prioritize your children's can make the whole family happier and healthier.