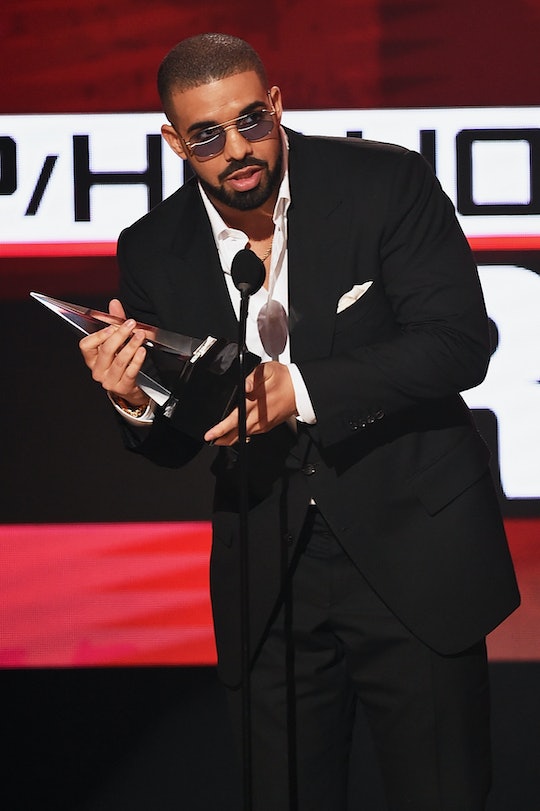 How Many 2017 Grammy Nominations Did Drake Get? He Cleaned Up

The odds looked good for Drake going into award season. His 2016 album Views broke records upon its release: it earned a billion streams on Apple Music, and held the top spot on the Billboard 200 for thirteen weeks, making it the first solo male album in over a decade to do so. The single "One Dance" was number one on the Billboard Hot 100 for ten weeks, and was also Spotify's most streamed song ever. Plus the inescapable meme-ability of "Hotline Bling" has to count for something, right? Before the announcements, it definitely looked like Drake was going to earn a nomination or two, so how many 2017 Grammy nominations did Drake get?

While Views wasn't necessarily a critical smash, it was a huge success nonetheless, even going triple platinum in the United States. With that in mind – as well as the album's popularity with fans – it's no surprise that Drake garnered nine Grammy nominations, in Album of the Year, Best Pop Duo/Group Performance (alongside Rihanna, for Work), Best Rap Performance, Best Rap/Sung Performance, Best Rap Song for "Hotline Bling," Best Rap Album, and Producer of the Year (Non-Classical). Rihanna's Work was also nominated for Record of the Year, featuring Drake, and he was also featured on "Come See Me" by Party NextStore, which was nominated for Best R&B Song.

Drake is one of the artists leading with the most nominations, alongside Beyoncé, Rihanna, Kanye, and Adele. However, the ratio of Drake's nominations to wins has always been somewhat skewed. He is no stranger to a nomination, earning twenty-seven over the course of his musical career prior to this year, but he only won once, for Best Rap Album in 2013. He may or may not win this year, but that's fine; he's an expert at being nominated.

Even if Drake doesn't end up taking home any little statuettes come February, one could argue that he's already made his mark with Views. Critical perception and fan response aside, there will always be the slow grooving in the "Hotline Bling" video, the numerous parodies, and the memes – so, so many memes. There's no denying it had a real moment in the pop culture consciousness, and isn't that more important than a shiny object you can stick on your mantle?

Maybe not, but depending on how well it goes during the Grammy Awards, Drake can always comfort himself with a quick Google of "Hotline Bling" memes.