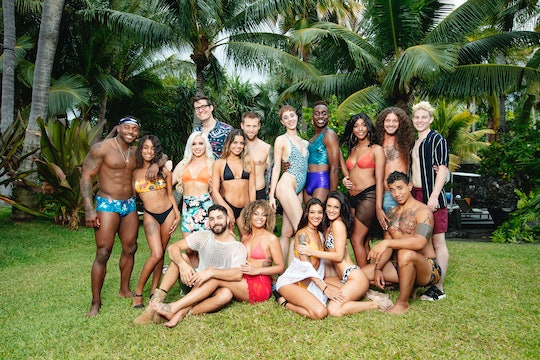 'Are You The One' Returns To MTV With A Groundbreaking Twist

It looks like reality TV is finally catching up with the real world. MTV’s dating series, Are You The One, premieres with a groundbreaking premise this season as it removes gender limitations from the competition. Season 8 — which kicks off on Wednesday, Jun. 26 at 9 p.m. ET on MTV — will air throughout the summer, but exactly how many Are You The One episodes will fans get this season?

As of now, there’s no official episode count for Season 8, but if the series sticks to its previous seasons’ format, fans may see the show air through July and August. The first five seasons of Are You The One aired with 10 episodes each and Season 6 was given 12 episodes. The seventh season, which was the longest so far, aired with 14 episodes, and considering how revolutionary the Season 8 premise is, I would imagine MTV would give it a similar, if not longer, run.

Unlike previous seasons, this time around, the show will host 16 romantics, all looking to find love, regardless of gender. “If your perfect match was standing right in front of you, would you even know it,” reads MTV’s website description. “On the history-making eighth season, 16 singles head to Hawaii to find their perfect matches and for a chance to split the $1 million prize, and for the first time ever, all the singles are sexually fluid, which means there are no gender limitations: The one could be anyone.”

For many viewers, the change was a long time coming, as this will be the first dating show representing the LGBTQ+ community. In an interview with E!, showrunner Jeff Spangler talked about why he decided to take the series in this refreshing new direction.

"I have the advantage of having interviews of hundreds and hundreds of young people that are in the dating pool and I feel like my Spidey-sense was going off when we started having more and more young people that were describing really what seemed to me, like, 'Hey, when I'm dating a girl, this is how I am in a relationship,” said Spangler. “But when I'm dating a guy, this is how my relationship is.' That didn't just happen once or twice or three times, but started happening quite a bit with both sexes."

Spangler said that he realized that there was a whole generation of singles who didn’t want to be labeled, and it inspired him to take this season outside of the TV norm. But, while the show feature new types of love stories this season, Spangler noted that it will still include the same party vibe, romance, and drama that viewers are used to. "These are just young people looking for love, just as they've been every season," he told E!.

Now that gender and conformity are out of the equation — making every person in the cast a potential romantic match — it will be interesting to see how these singles navigate the drama and relationships that come with a dating show.