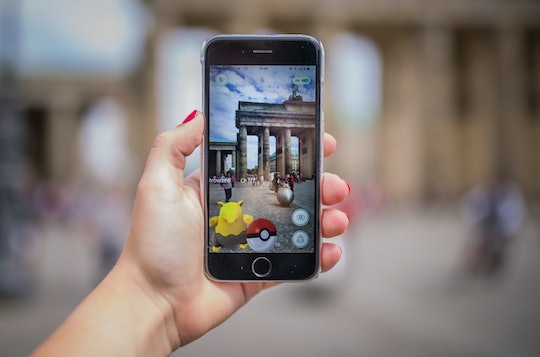 How Many Calories Can You Burn Playing 'Pokemon Go'? Get In Shape With This Popular Game

It's no secret that "Pokemon Go" has taken over. From a stampede of people rushing into Central Park to catch a rare Vaporeon on Thursday night to Hillary Clinton strategically hosting campaign events near Pokestops, the game is virtually impossible to avoid. As more and more people take to the streets in pursuit of catching them all, an Apple Watch app called Cardiogram observed an overall increase in their users exercise levels after "Pokemon Go" launched. With exercise levels up and more steps being taken daily by the average trainer, is it possible to lose weight by chasing Pikachu through your neighborhood? And if it is, how many calories can you burn playing "Pokemon Go?"

While it's great that "Pokemon Go" is inspiring people of all ages to get on their feet and move around, it turns out you may not be burning as many calories as you thought. The PictureFit YouTube channel broke down exactly how many calories it's possible to burn while playing the game. The average person will burn 100 calories per mile walked and it takes roughly 3,500 calories burned to lose a pound. In Pokemon terms that means a trainer would have to hatch 30 2.0km eggs in order to lose a single pound.

The internet is a magical place, though, and fitness experts have begun compiling ways to increase the amount of calories you can burn while searching for Pokemon. Suggestions for optimum Pokemon-related-weight-loss include incorporating weights into your play. The easiest way to do this is by strapping ankle weights onto your legs before kicking off your search. Increasing your speed to a light jog, as well as moving up steep inclines will help you burn more calories. There are now even "Pokemon Go" interval training programs for those who want to get a serious work out in while they play.

Despite the fact that you may not be burning a large amount of calories or losing weight by simply walking around more, there are still many health benefits that come from playing "Pokemon Go." Increasing the amount of steps you take daily is an easy way to improve your overall health. Walking as a form of physical fitness not only helps with weight loss, but helps prevent strokes, and is considered the superfood of fitness. Even if you're not shedding pounds like winter coats in March, "Pokemon Go" is still helping it's users lead a more productive and healthy life. And you get to relive your childhood along the way!