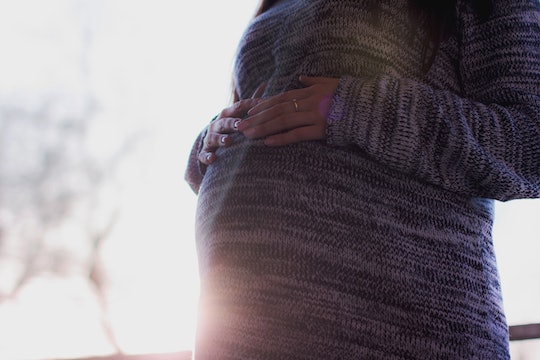 The Number Of College-aged Pregnant Women Is Down

In American culture, college-aged women are often associated with sorority parties, meetings on the quad, and sports events rather than baby showers and prenatal doctor's visits. For many women, though, pregnancy is a major part of the college experience. So how many college-aged women get pregnant every year? This depends on how one defines "college-aged," but the percentage of women who get pregnant between the ages of 18 and 24 has declined significantly since the '90s, according to the Centers for Disease Control and Prevention.

What does this look like in terms of absolute numbers? According to the Pregnant on Campus Initiative, a pro-life group, over 2 million college-aged women become pregnant each year. Many of these pregnancies are unintended — indeed, according to the Guttmacher Institute, unintended pregnancy is higher in the 18-24 age group than any other age range.

A 2013 USA Today article reported that while 23 percent of matriculating undergraduate students in Wisconsin have at least one child, less than 10 percent of these students with children complete their degree within six years. In other words, there are a lot of college students who have kids, but many of them aren't graduating. Part of the reason for low graduation rates is the lack of on-campus support for young parents, according to reporting at USA Today. Campus health centers don't know enough about resources for pregnant moms who intend to carry their pregnancies to term, and some campuses even bar pregnant women from living on-campus for liability reasons.

Sherrill Mosee, author of Professor, May I Bring My Baby to Class?, told U.S. News & World Report that only 5 percent of colleges and universities offer on-site daycare. Perhaps it's not surprising, then, that the National Campaign to Prevent Teen and Unplanned Pregnancy estimates that women who have children are 65 percent more likely to drop out of community college than women who don't have children.

Despite these problems, some campuses are making the effort to make young parents feel more welcome. U.S. News & World Report publishes a yearly list of the country's most parenting-friendly campuses, and there are promising programs in place. The University of Iowa, for example, provides lactation rooms for matriculating moms, and St. Paul's College in Virginia has a program that provides mentors to single parents.