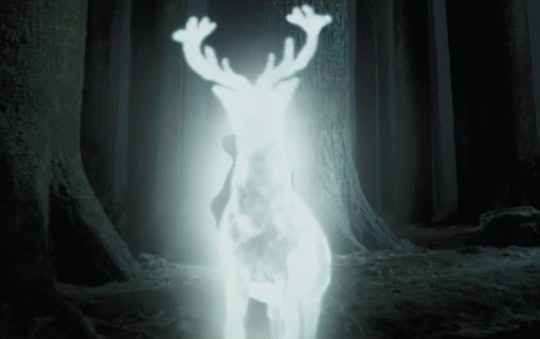 How Many Different Patronuses Are There? Harry Potter Fans Have Many Options

It seems likely that Pottermania will never end. The Earth may fall apart, but as our ancestors hurtle through space towards the remote planet that will be their new home, they will amuse themselves by writing torrid Harry/Draco fanfic and assigning one another's Hogwarts houses. The latest manifestation of the Harry Potter craze came last week, when J.K. Rowling's Pottermore website unveiled a quiz for fans to find their own Patronus, and now many are wondering how many different Patronuses are included on the website. While the exact number is unknown, it's clear that the quiz designers put in a lot of hard work, coming up with over 140 animal options.

For anyone unfamiliar with what exactly a Patronus is, Harry's Defense Against The Dark Arts professor Remus Lupin describes the animal spirit that wizards can summon as

... A kind of positive force, a projection of the very things that the Dementor feeds upon – hope, happiness, the desire to survive – but it cannot feel despair, as real humans can, so Dementors can't hurt it.

(And for anyone who doesn't know what a Dementor is, stop being contrary and read the books already!) Characters in the Harry Potter books have different Patronuses based on their personalities or, sometimes, their love for one another. Harry's, for example, is a stag, which is the same as his father's.

The Pottermore Patronus test offers fans a chance to unlock their deep souls by selecting one answer among five to seven sets of elements like "Sun," "Wind," and "Rain." At the end, a glowing animal appears and glides around the computer screen. Some Patronuses are definitely cooler than others. Mine, for instance, was a red squirrel, which is not as fierce a lifesaving animal as I'd hoped for myself. (Rowling would probably have a fantastic explanation for it, though, as she managed to appease fans saddled with rat and mole Patronuses.)

The Pottermore camp seems to be keeping the official number of Patronuses under wraps, but sleuths at Hypable compiled a list of 142 animals thanks to MuggleNet and Reddit, where people have been both happily and angrily posting their results. The list includes plenty of animals found in the real world, as well as a few magical creatures, and the Patronuses range from the relatively mundane (cough red squirrels cough) to the rare and exciting. (The Abraxan winged horse! The erumpent!)

The list is liable to keep growing as more and more curious fans head on over to Pottermore to find out what animal would burst from their wands to protect them from soul-sucking monsters.