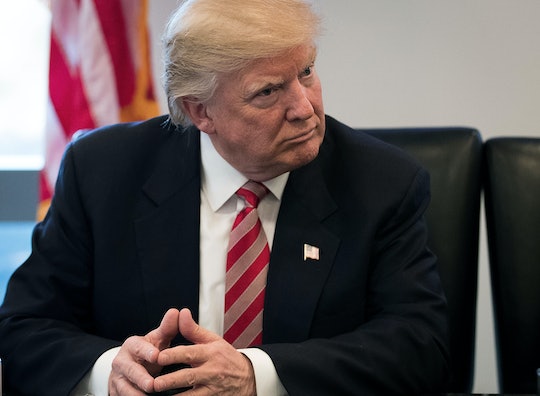 How Many Electors Would Have To Change Their Votes For Trump To Lose?

The results from Election Day last month revealed President-elect Donald Trump the winner, but many of his staunch opponents are still hoping for one last chance to stop Trump from taking office. On Monday Dec. 19, the 538 electors making up the electoral college will officially vote for the candidate who won their state. But there have been many efforts to encourage electors in state's Trump won to not cast their vote for Trump on Monday. And, although in modern American history, electors have overwhelmingly voted in accordance to the majority vote in their respective state (electors in this case would typically vote for Trump in states he won the majority), many are hoping for a revolt of sorts. So how many electors would have to change their votes for Trump to lose? Anti-Trumpers are fighting until the end.

The efforts to persuade electors have been passionate. Some celebrities have joined forces to create a plea video to electors, other people have created numbers of online petitions, and many have sent emails and other messages directly to electors urging them to not cast a vote for Trump.

One of the Republican electors, Christopher Suprun, has publicly stated that he will not cast his vote for Trump on Monday, writing in an opinion piece for The New York Times that he believes Trump "is not qualified for the office."

But news surrounding how the electors will vote, or possibly be swayed, has varied. One Associated Press report found that some 330 electors representing both Republicans and Democrats felt less than optimistic that electors will vote to stop Trump. Interestingly though, Harvard law professor Larry Lessing claimed on Twitter this week that some 20 Republican electors were considering voting against Trump.

Monday will be very important, but it's also important to remember that if at least 37 Republican electors do indeed decide to not vote for Trump, the outcome would then be sent to the House of Representatives to decide, which is Republican-led. Make of that what you will.