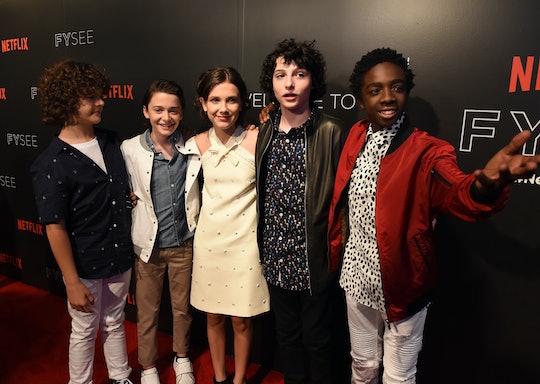 It's the best time of year again! No, not the holiday season. The Emmys! It's TV's biggest night where our favorite TV shows and actors get the respect they deserve. (Or they get snubbed and fans rage.) Either way, it's a pretty fun time. This year, as has been the case for most recent years, the streaming sites swept up a lot of nominations. Netflix, specifically, did particularly well. So how many Emmy nominations did Netflix get? The popular streaming site walked away with a whopping 91 nominations total in the top main categories.

Netflix has become well known for it's incredible original content. It seems every week they're releasing a new show that fans and critics can't stop talking about. From comedies like Master of None, Unbreakable Kimmy Schmidt, and Grace and Frankie to sci-fi dramas like Stranger Things, The OA, and Sense 8, Netflix has it all. In recent years, some shows have walked away with countless Emmys, particularly for the ever popular series Orange Is the New Black and House of Cards. However, in the past year, Netflix has rolled out so many new shows, like Stranger Things and The Crown, that the world was watching, waiting to see which shows would get nods or get snubbed.

That's a very impressive number of Emmy nods, if I do say so myself. All across the board, Netflix received accolades for all of its highly addictive shows. Unbreakable Kimmy Schmidt's Titus Andromedon is up for Outstanding Supporting Actor In A Comedy Series. Meanwhile, the show itself also managed to pick up an Outstanding Comedy Series nod — as did another Netflix comedy favorite, Master of None! As far as Outstanding Dramas go, House of Cards, The Crown, and Stranger Things are all up for an Emmy in this highly important category.

Additionally, Claire Foy, who starred as Queen Elizabeth II in The Crown last November, was selected for the Lead Actress in a Drama category. She is a first-time nominee and will battle for an Emmy alongside the likes of Viola Davis, Elisabeth Moss, Keri Russell, Evan Rachel Wood and Robin Wright. Talk about a difficult decision to make — all of these women deserves all the awards, in my opinion. Multiple nominees also included Aziz Ansari for his masterful work in Master of None.

HBO may still be in the lead with Emmy noms, even without Game of Thrones being eligible this year, but Netflix certainly held its own and gave some love to some very deserving TV shows.