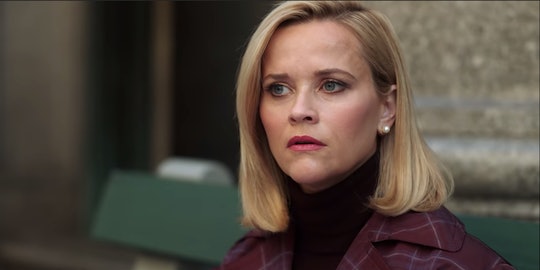 The limited series, based on the 2017 novel of the same name written by Celeste Ng, dropped on the streaming platform on March 18 and viewers rapidly inhaled the drama. Initially, only the first three episodes of Little Fires Everywhere were available to stream, and a fourth was then released on March 25.

For Season 1 of Little Fires Everywhere, Hulu ordered a total of eight episodes, according to Deadline, meaning there's still much more to be seen in the coming weeks. Episode 5 of Little Fires Everywhere will be available to watch on Hulu on Wednesday, April 1, and the remaining episodes will come to the streaming service one-by-one on Wednesdays for the next few weeks.

Little Fires Everywhere is produced, among others, by Witherspoon (who also plays the role of Elena Richardson) and Washington (who plays Mia Warren.) Other cast members include Rosemarie DeWitt as Elena's best friend Linda McCullough and Joshua Jackson as Elena's husband Bill Richards.

The book/series takes place in Shaker Heights, Ohio, a progressive suburb of Cleveland. Elena is a successful, married mom of four who always plays by the rules. Meanwhile, Mia is a single mom and artist who ends up renting a house from the Richardsons. As the book's description reads, "Soon Mia and Pearl become more than tenants: all four Richardson children are drawn to the mother-daughter pair. But Mia carries with her a mysterious past and a disregard for the status quo that threatens to upend this carefully ordered community."

Things really start to heat up (pun intended) when friends of the Richardsons try to adopt a Chinese-American infant, prompting a custody battle that results with Elena and Mia on opposite sides. "Suspicious of Mia and her motives, Elena is determined to uncover the secrets in Mia’s past," the description continues. "But her obsession will come at unexpected and devastating costs. Little Fires Everywhere explores the weight of secrets, the nature of art and identity, and the ferocious pull of motherhood — and the danger of believing that following the rules can avert disaster."

With that said and several more episodes to go, Little Fires Everywhere on Hulu is really just getting started.