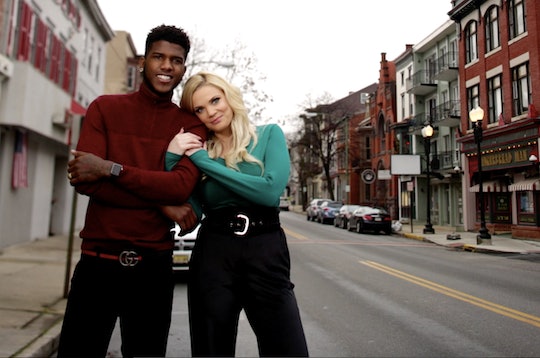 According to a press release by TLC, 90 Day Fiancé: Happily Ever After? will begin airing its 12-episode fourth season on Sunday, Apr. 28 at 8 p.m. ET. But that’s not the only good news. The Monday after each Sunday episode airs, viewers will be treated to a new half-hour special titled 90 Day Fiancé: Pillow Talk — a show in which cast members from past seasons will give their own opinions on the previous night’s events, all from the comfort of their own homes.

So who are the couples at the center of the drama of Season 4? You’ll be thrilled to hear that one of the of the most talked about couples of the entire 90 Day Fiancé franchise, Colt and Larissa, are bringing their rollercoaster relationship back into the spotlight. Fans might remember how much tension there was between the two, especially since Colt called the cops and had Larissa arrested two days before their wedding.

One couple that seems to be doing well post 90 Day Fiancé is Russ and Paola. According to Cosmopolitan, the two welcomed their first child — a baby boy named Axel — in January, and their pregnancy journey will be featured on the new season of 90 Day Fiancé: Happily Ever After?.

Season 4 will also follow Pedro and Chantel, who suffered a setback when their families went through some physical altercations. According to TLC, Pedro went back to the Dominican Republic, and Chantel is now going after him to win him back. Chantel fans will be excited to hear that she’s also getting her own TLC spin-off series called The Family Chantel, which will focus on her and Pedro’s families.

Elizabeth and Andrei are also making a come back on Season 4, and from a trailer of the new season, it looks like Andrei is still having major issues with Elizabeth’s family. During their 90 Day Fiance journey, Elizabeth’s dad gave the couple a place to stay while Andrei looked for a job. Now that the two are expecting their first child, Elizabeth’s family is still offering help, but Andrei isn’t completely on board.

Nicole and Azan — the couple that postponed their wedding to open a business — will also be on the upcoming season, as well as Ashley and Jay — the couple that has been in the midst of cheating rumors and allegations since they got engaged after meeting in Jamaica.

With so many new developments in the relationships of these six couples — from pregnancies and babies to added family drama — it looks like fans will have loads to unpack on the new season 90 Day Fiancé: Happily Ever After?.