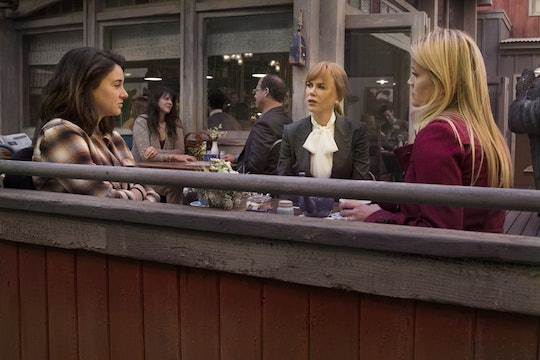 'Big Little Lies' Won't Be On Much Longer

Limited series are definitely having a moment on HBO — The Night Of, The Young Pope, and now Big Little Lies. It certainly makes sense to make the latter a limited series, as it's based on a novel. While a movie was another option, it seems that too much happens in Monterey to condense into two hours. Unfortunately, though, that means Reese Witherspoon's cursing and scenes in million dollar mansions won't last forever. So how many episodes is Big Little Lies? The drama can only last so long.

Reese Witherspoon and Nicole Kidman bought the rights to Liane Moriarty's novel before it was even published. Why did they, and the producers, decide to shoot Big Little Lies as a television show as opposed to a film? Well, to them they didn't choose — Big Little Lies is a film to them, merely a longer one. Witherspoon spoke to Variety shortly before the series premiered to discuss her entry into television (not counting a guest appearance on Friends way back when). "What is film? What is TV? What is digital?" she asked Variety. "I think probably within four years we’re not going to be talking about that anymore. It’s just content. Content is content."

Originally, director Jean-Marc Vallée signed on for only the first two episodes, but then Witherspoon convinced him to direct the entire series. While Big Little Lies is airing on television, Witherspoon told Variety in the same interview that, "episode six is better than most movies [she's] been in." Vallée also believes that those originally involved in film are crossing over more into television. "The line between film and TV series is very thin," he told the outlet.

So, how long is this series exactly? There will be seven episodes total, with the finale airing on April 2 according to IMDB. This makes Big Little Lies essentially a seven-hour movie. In my opinion, this is the best adaptation of the novel I could ask for. Not only is the story given the time it deserves, but producers won't be forced to continue it after it's finished for the sake of more seasons. As sad it will be to say goodbye to Monterey and its helicopter parents, the mystery of Trivia Night will be solved and that's all we can ask for. So until Episode 7, I'll be enjoying every second of the series.