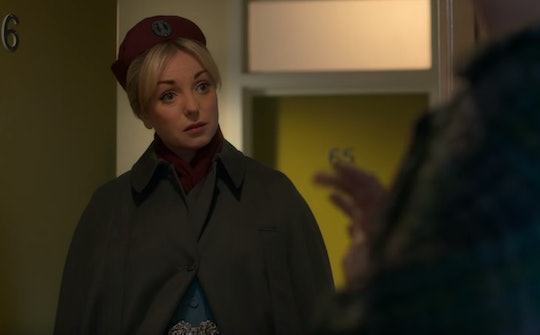 'Call The Midwife' Is Back For Season 8 On PBS

Call The Midwife, is coming back to PBS for Season 8, and fans are ready to dive back into the drama and intrigue. Season 7 ended with the heartbreaking death of nurse Barbara Gilbert, so fans are hoping that the next season brings happier times for the nurses and midwives of Nonnatus House. So, exactly how many episodes is Call The Midwife Season 8 and when does it premiere?

Season 8 of the BBC series premieres on Sunday, Mar. 31 at 8 p.m. ET on PBS, with new episodes dropping every Sunday. The season — which already aired in its entirety in the UK — will feature a total of eight episodes, reported Express, the same format as the last six seasons. The season finale should air Sunday, May 9, but luckily, that won’t be the end of the road for the series.

According to Deadline, BBC renewed Call The Midwife for three more seasons, which means fans will continue to get new installments of the series until 2022. Seasons 9, 10, and 11 will also come with eight episodes each, along with two Christmas specials that will air in between. In a statement, showrunner and creator Heidi Thomas said that the series will continue to tell the stories of the nurses of Nonnatus House, with all the emotion and love that fans expect. “Even after all these years, it still feels as though Call the Midwife has more truth to tell, more tears to cry, more life to celebrate, and more love to give,” she said, as reported by Deadline. “We are blessed with the best cast, crew, and audience a show could wish for, and I could not be more excited about our future.”

Season 8 will come with new intriguing stories and characters. Radio Times reported that Harry Potter star Miriam Margolyes joins the cast as Sister Mildred, a “forthright and indefatigable sister from the Order” who made her first appearance in last year’s Christmas special. Actress Fenella Woolgar will join the nuns as Sister Hilda, Ella Bruccoleri is cast as Sister Frances, and actress Georgie Glen rounds out the additional cast with her role as Dr Turner’s surgery receptionist, Miss Higgins.

The series has moved from the 1950’s to the 1960’s now, and Good Housekeeping reported that this means the nurses and midwives will be gearing up for the 1964 birth of Queen Elizabeth II’s youngest child, Prince Edward. Actress Jennifer Kirby, who plays Nurse Valerie Dyer, told the outlet that through the excitement, the nurses will most likely also be recovering from the loss of nurse Barbara, who faced a tough battle with meningococcal septicemia, until she died at the end of Season 7.

"It’s not easily got over, you never get over something like that but one thing we talked about a lot was that grief manifests itself in lots of different ways,” said Kirby. “The thing with Call The Midwife is that although it’s very emotional and in touch with the sadder side of things, it’s very hopeful as well so you see all of the characters dealing with it in their own way.”

So with a confirmed eight-episode season, fans will have a few months to get reacquainted with the wondrous medical world of the 60’s. And with so many tales left to tell, they can count on Call The Midwife to keep delivering its heartfelt and emotional stories for years to come.