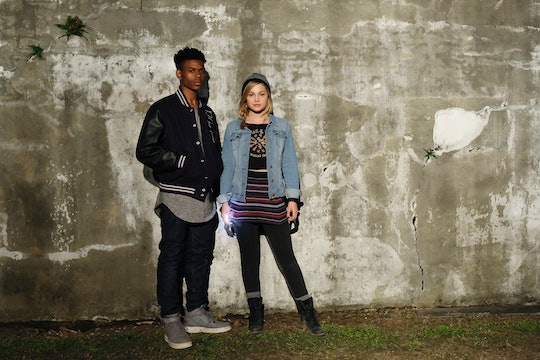 Freeform’s new Marvel series, Cloak & Dagger, has become one of the network’s most critically acclaimed shows. It tells the tale of two teens trying to find their footing as they discover their new abilities in New Orleans, and tackles issues like police brutality, drug abuse, and racial profiling. Season 1 premiered on June 7 and is now winding down. But exactly how many episodes is Cloak & Dagger Season 1? Because for some fans, it feels like the season flew right by.

The first season of Cloak & Dagger is ten episodes, with the season finale airing on Thursday, August 2. If you are a fan of the show, you may already be anxious at the thought of the season ending so soon, but there is some good news. At the San Diego Comic Con, Marvel and Freeform announced the renewal of the second season in a short video clip which simply stated, “Season 2 will be mayhem.” It’s a little early to say exactly when Season 2 will premiere, but in a press release, the network revealed that the ten-episode second season would air in the spring of 2019.

It’s no surprise that the series was renewed, because Cloak & Dagger seems to be doing quite well. According to Freeform, the series premiere garnered the highest viewership for a debut on their network in two years, pulling in nearly 4.4 million viewers, and is also “the No. 1 most social new scripted cable series, generating more than 1.5 million engagements across Twitter, Instagram, Facebook and Tumblr.”

Based on Marvel’s Cloak & Dagger comic books, the series follows Tyrone Johnson (Aubrey Joseph) and Tandy Bowen (Olivia Holt), who come from completely different backgrounds, but find themselves connected to each other in a supernatural way. Tyrone develops darker powers, which allow him to teleport, while Tandy is able to command a dagger of light. The duo evolves into Cloak (Tyrone) and Dagger (Tandy), but they are also still teens living in the real world, and the series tries to reflect that.

Freeform’s version of Cloak & Dagger had to be tweaked in order to combat the negative stereotypes hinted at in the comic books. In an interview with Cinemablend, series showrunner Joe Pokaski talked about the changes that helped make the show more representative of reality. In the comic books, Tandy is a rich girl who comes from a privileged background, and Tyrone is a criminal. Pokaski told the outlet that he decided to switch their backgrounds for the series because of the problematic stereotypes they promoted.

"When we talk about how sexist and racist the old versions were, it always drove me crazy, and it wasn't really the original things, where people would be like, 'Tyrone is about fear and Tandy is about hope,'” said Pokaski, “So [now] the nature of their powers, from an emotional standpoint, is Tandy lives on the spectrum between cynicism and hope, and Tyrone lives on the spectrum between fear and bravery."

Many people turn to superhero stories to fantasize about how it would feel to have extraordinary capabilities, but often find themselves underrepresented. Coming from a Muslim, South Asian background myself, I know how excited I was to finally see some representation with Ms. Marvel’s Kamala Khan. I was able to connect and relate to her story much more than I ever could with Iron Man or Wonder Woman, and as a fan of comic books, this was a refreshing new experience. I think that Cloak & Dagger has been able to bring a similar connection to audiences in a way that the Marvel universe hasn’t before, which I, for one, love.

Cloak & Dagger airs on Thursdays at 8 p.m. ET on Freeform.