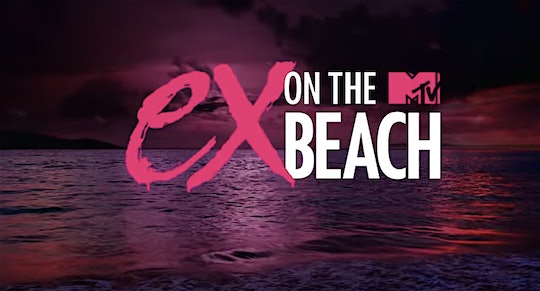 MTV's 'Ex On The Beach' Is Your New Reality TV Obsession

Reality show fans rejoice! MTV is bringing the popular MTV U.K. series, Ex on the Beach, to the U.S. and it will include a number of your favorite reality stars from shows like The Bachelor, Big Brother, Vanderpump Rules, and more! Since this show will probably become your latest obsession, you may be wondering how many episode is Ex on the Beach? Unfortunately, the first season of Ex on the Beach will be a short one. MTV is only giving us 10 episodes of this series, but since this will probably become a hit, hopefully there will be more episodes to come in the near future.

If you're unfamiliar with Ex on the Beach, the concept is quite simple. Reality stars are sent to a tropical location, also known as the beach, with everyday singles, under the guise that they're there for a regular dating show. Instead, they're later surprised by their exes who will join them on what is no longer so much of a paradise. Blindsided by the relationships of their past, these reality stars will undoubtedly find themselves in some interesting situations. Will they hook-up with their exes or decide to get revenge? It's anyone's guess what will go down, which is what makes the show such a fun and unique concept.

The cast is broken up into the singles, who were bamboozled into coming to "paradise," and the surprise exes who join them. On the singles side are reality stars Jasmine Goode (Bachelor in Paradise), Chase McNary (The Bachelorette), Paul Calafiore (Big Brother), Faith Stowers (Vanderpump Rules), Cory Wharton (The Challenge), Angela Babicz (Bad Girls Club), and Taylor Selfridge (Are You The One?). Also on the singles side as the "every day" people are Tor'i Brooks, Victoria Alario, and Chris Pearson.

The exes include reality stars Shanley Mcintee, Derrick Henry, Cameron Kolbo, Joe Torgerson, Alicia Wright, and Andre Siemers, all of whom were on Are You the One? The "every day" exes are Marcus Rosenzweig, Marco Delvecchio, Skyler Mikkelson, Lexi Marsella, June Robinson, Luis Rivera, Haley Read, and Chelsko Thompson. Hosting the show is Romeo, who is a reality star himself since he appears on Growing Up Hip-Hop.

Having all these people presumably living in one house is definitely a recipe for disaster, especially when there are so many exes. No doubt jealously will rise, especially when hook-ups begin, and there will probably be a fight or two amongst the houseguests. But what's a reality TV series without a little drama?

Even if you're unfamiliar with some (or all) of the people living in the house, Ex on the Beach will still be a fun watch. Since the exes will be living with each other, you'll probably get a run down of their relationship and what went wrong in it during the show. Additionally, as is the case with most reality stars, all the cast members are pretty open about their lives on social media so if there's anything the show doesn't cover, you can probably find out more information on their Instagram and Twitter accounts.

While the series may be filled with drama, it's totally possibly that at least some of the houseguests will actually find love on the show. Perhaps some exes will get back together or maybe they'll find someone new to fall in love with. Whether sparks fly or drama ensues, you should definitely give Ex on the Beach a try.