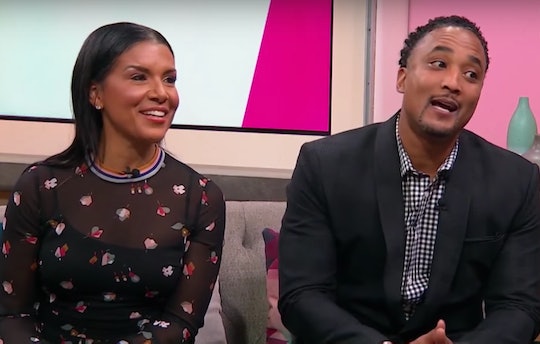 DeRon Jenkins and Page Turner's Flip Or Flop Nashville just returned to HGTV for a second season. And if you're a fan of the reality show, you've probably already been watching the new episodes. But you may be wondering exactly how many more weeks of flipping and flopping lie ahead and how many episodes of Flip Or Flop Nashville Season 2 are left.

As The Wrap reported back in March, HGTV will air 12 half-hour episodes of Flip Or Flop Nashville during the reality show's second season. Season 1 actually only had nine episodes, so a 12-episode order is a bit of a step up for the program. The home improvement show stars former couple DeRon Jenkins, a contractor, and Page Turner, a realtor. On the show, the exes hunt down Nashville homes in need of some serious TLC. Together, they flip the home and put it on the market.

For HGTV, renewing Flip Or Flop Nashville was a no-brainer. John Feld, senior vice president of programming at HGTV, said in a statement shared with The Wrap: "Page and DeRon’s chemistry, unique work relationship and expertise as house flippers is such compelling television that audiences couldn’t get enough of their dynamic and neither could we."

And this season is sure to be even more exciting than last season. According to a press release that HGTV shared in November, "Costly fire damage, major foundation issues and surprise infestations are just a few of the pitfalls they overcome to overhaul homes and turn a profit in the highly competitive Music City real estate market." Yikes. Additionally, the release adds that Page and DeRon will be taking more risks this season — for example, they will tackle properties outside of their usual neighborhoods, even though the riskier projects may cause the two to butt heads.

Page and DeRon opened up about one of the most dramatic projects viewers will see them work on this season, in an interview with the Los Angeles Times. "We bought one house — they let the dogs live on one side and the humans lived on the other. It was awful in there, a 1950s Craftsman duplex we bought for $190,000," Page told the newspaper. "It’s going to be a brand-new house when we’re done with it — a real Southern charmer with a big porch."

Not only is Flip Or Flop Nashville known for showcasing some truly amazing house-flipping, but it's also known for the unique relationship between the co-hosts. DeRon and Page actually dated each other for five years, before they realized they worked better as business partners than as romantic partners. It's clear that the secret to their successful business relationship is their respect for each other. “Page is amazing at finding the right house," DeRon told HGTV in an interview. "She’s really great at doing her research and finding out the price point of the purchase and estimating what we are going to have to put into the house [to] produce a great profit.”

Page also opened up to HGTV about why she loves working with DeRon. "He can really see something in his mind and then just bring it to life [with] modern lines, straight lines, fixtures," Page told HGTV. "I mean, you name it, he can just bring it all together like an artist! He has his canvas and then he just creates life! And it’s just so beautiful what he does."

Flip Or Flop Nashville airs on HGTV on Thursdays at 8 p.m. Get excited for some serious flipping!