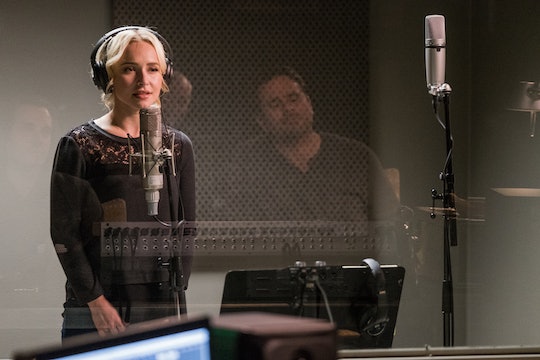 Nashville has survived a lot in the past year: a cancellation on its network home of ABC, a whole new team of showrunners, and the death of its main character Rayna Jaymes. And we knew the midseason finale last March marked a long hiatus for the show on CMT. But Nashville is back for Season 5B this summer with a whole bunch of promising new developments. So how many episodes is Nashville Season 5B? The series may have switched to cable, but it got a network season order.

Season 5 will run for a total of 22 episodes, and the midseason premiere marks Episode 11. That means we have 12 episodes total in Season 5B to look forward to, so the show should run through mid-August before taking another break. CMT also renewed Nashville for a sixth season, although it'll be truncated to a more cable-friendly 16-episode arc. It's possible that Season 5 was only a full 22 episodes to ease the show's transition from a network format. And although Nashville lost its star power in Connie Britton, the series is bringing on three new stars for the remainder of Season 5, which picks up 10 weeks after Season 5A ended.

Rachel Bilson, best known for her iconic role as Summer Roberts on The OC, joins the cast as Alyssa Greene, Highway 65's interim chief strategy officer in the wake of Rayna's unexpected death. As a new hire of Zach's, she's definitely more business-minded than the artists of Highway 65 are used to, considering their former label head was a creative herself. Alyssa will have to navigate a richly talented, but not super business-savvy roster of artists who obviously push back against a new person taking over Rayna's vision.

Kaitlin Doubleday, following her run on Empire as Rhonda Lyon, also joins Nashville for Season 5B as Jessie Caine, a singer/songwriter who has recently suffered a bitter divorce and custody battle which ended in losing her son. She returns to Nashville "to take back her life," as Doubleday put it in an interview with Entertainment Weekly. As a veteran, though not necessarily commercially successful, country music artist, Jessie goes way back (casually) with Deacon. When she returns, Jessie and Deacon strike up a strong connection over their shared grief, though it looks like it won't be getting romantic any time soon.

Rounding out the cast additions is Jeff Nordling, fresh off his stint as Gordon Klein on HBO's Big Little Lies. On Nashville, he'll play the recurring role of Brad Maitland, "an extremely successful, charming, egotistical, narcissistic owner of the most successful record label in Nashville." Seems like he'll play the natural foil to indie label Highway 65.

To see where these characters go, you can catch Nashville Season 5B when it returns to CMT on Thursday, June 1.