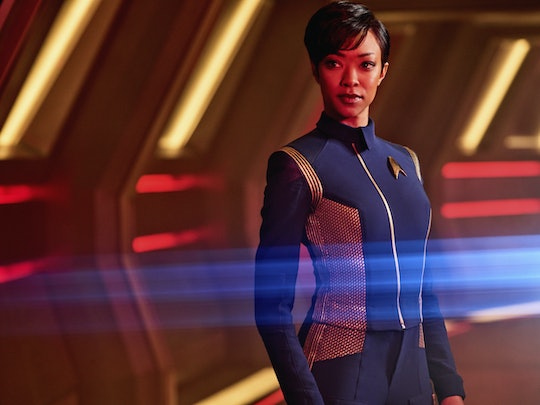 Star Trek is coming back to the small screenn. Well, kind of. The new series, Star Trek: Discovery, will actually be on CBS All Access, CBS' streaming service, though it will still only release one episode per week like a regular broadcast series. So how many episode is Star Trek: Discovery? The series' first season will actually be 15 episodes in length when all is said and done.

If you've never subscribed before you can get a seven day free trial, however, that won't help you too much since the season doesn't come out all at once. So you'll need to cash out the $5.99 per month if you want to keep up with the series, and from what I've heard, this is a show you won't want to miss.

There hasn't been a Star Trek TV show in over a decade, and while the new films, starring Chris Pine, have garnered some mixed reviews, fans are intrigued by this new show. Rather than find out what happened after the show ended, Star Trek: Discovery is actually going back in time.

The new series will take place 10 years before James T. Kirk became a Starfleet officer. Thus, the show won't be on his ship, but instead on the USS Discovery with a new crew who will discover new worlds and lifeforms. Additionally, the lead will be Commander Michael Burnham (Sonequa Martin-Green), who was raised by Spock's father, Sarek, on the planet Vulcan after her parents were killed during a Klingon attack while her family was visiting the Vulcan Learning Center. I guess you could say she's kind of Spock's sister. As a human raised as a Vulcan, Burnham will face a lot of issues as she tries to figure out her identity.

While Burnham and her crew are discovering outer space, there's also a war brewing between the Federation of Planets and the Klingon Empire. If the trailer is to be believed, it's possible Burnham is actually responsible for starting the war. Yikes; that can't be good.

Besides Burnham's connection to Spock, there will surely be other callbacks to the original series throughout the show. One thing fans are curious about is if the show will somehow connect to the new movies. Unfortunately, Pine won't be popping up on your TV screen any time soon. Besides the fact that the TV series takes place in the past, it also occurs in a different "timeline" than the events happening in the film. Basically, the series and movies are happening in alternate universes.

Whether or not the show can actually stand next to the original Star Trek series remains to be seen, but Trekkies should still at least give it a chance. At the very least it has the essentials: spaceships, war, and interesting characters. And who knows — it could end up surprising you and be even better than you expect. You won't know unless you give it watch.