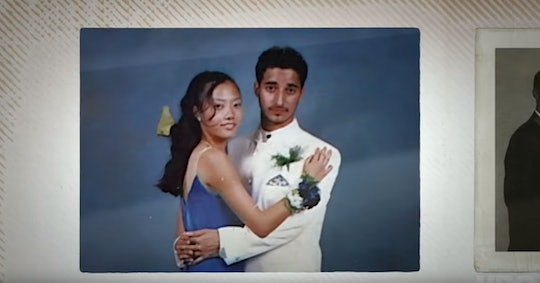 If Season 1 of Serial turned your life into a true-crime obsession, you’re in luck, because HBO is airing a new documentary about Adnan Syed which features updated information about his case as well as new interviews from key players in his story. The documentary won’t drop all at once, which is why you should know exactly how many episodes The Case Against Adnan Syed is and when each part will premiere.

The Case Against Adnan Syed will air as a four-part docuseries, with the first episode, “Forbidden Love,” premiering Mar. 10 on HBO. After that, new episodes will drop every Sunday, and they will be available to stream on HBO NOW, HBO GO, HBO On Demand and on partnered streaming platforms. In a press release, HBO revealed that the new documentary will cover aspects of Syed’s case that Serial left out, as well as exclusive interviews from Syed’s mom and brothers, his friends from high school, and his overlooked alibi, Asia McClain. Viewers will also hear from Darryl Massey, a former Baltimore City police detective who was a key prosecution witness in Syed’s case.

“The Case Against Adnan Syed reinvestigates the case behind the podcast, from the genesis of their high school relationship to the original police investigation and trial, and moves into the current day as Syed faces the prospect of a new trial after almost 20 years in jail,” reads HBO’s description of the film. “A wealth of archival footage, documents from the case file, family photos and personal ephemera bring back the feel of 1990s Baltimore and give visual texture to elements of a story that unfolds over two decades.”

According to HBO, each episode of the docuseries focuses on a different aspects of Syed’s story. Part 1 is centered around Syed’s relationship with Hae Min Lee, as well as the events that led to his arrest. The second part, titled “In Between the Truth,” premieres on Mar. 17, and it focuses on Jay Wilds confession, the inconsistencies in the police’s timeline of events, and the existence of Syed’s alibi witness.

“Justice Is Arbitrary” — the third part of the series which hits HBO on Mar. 24 — reveals details about the misleading cell phone records, cell tower data, and further probes lingering questions about the state’s case. It will also update viewers on Syed’s post-conviction appeal and highlight the impact the case had on Syed’s and Lee’s communities.

HBO hasn’t revealed any details about the final part, but according to the film’s director, Amy Berg, it’s going to drop some explosive revelations and bring viewers much closer to the truth. “Major stuff happens in the fourth one,” Berg said in a recent interview with Decider. “We saved a lot until the end, because there was a lot of time that had passed over the 3 ½ years we were working on this film, and that’s how we chose to do it.”

Watching true crime stories in installments isn't easy, especially when you're following a case as riveting as this. But, hopefully, with this new information and perspective, people will get a clearer picture of what really happened.