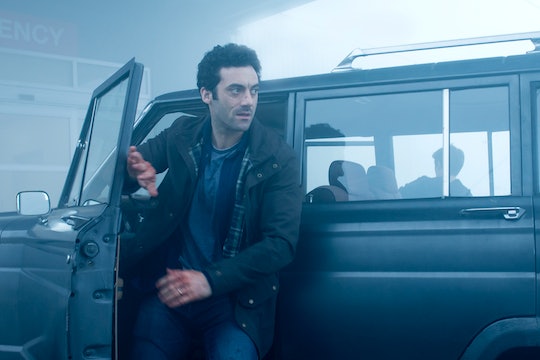 Stephen King's 'The Mist' Is Heading To The Small Screen

While Stephen King's bestselling novels It and Dark Tower are making their way to the big screen, King's popular novella The Mist is getting the small screen treatment. The thriller story was made into a film back in 2007, but the new TV show is its on entity with different characters from both the film and the original novella, though the concept remains the same. A mysterious mist descends upon a small town and within the mist are creatures that threaten the townspeople. As they try to protect themselves from the mist, they also turn on each other. So how many episodes is The Mist Season 1? The show has 10 hour-long episodes to tell this mysterious story.

The new series will follow the Copeland family, which includes school teacher Eve (Alyssa Sutherland), her husband Kevin (Morgan Spector), and their daughter Alex (Gus Birney), who's a bit rebellious but somehow survives a walk through the mist. The show also follows Nathalie Raven (Frances Conroy), who claims to have a spiritual connection to nature, and Gus Redman (Isiah Whitlock Jr.), a mall manager with an authoritarian streak.

Though the show definitely strays from the original text in terms of the characters, the mystery of the plot will definitely remain the same. Fans will have to discover, along with the characters, what's hiding in the mist, where the mist came from, and how they can possibly survive it.

Based on the trailer, it looks like Alex and Eve are somehow separated from Kevin. While Alex and Eve fight to survive at the mall, Kevin attempts to fight his way to them. Additionally, Nathalie attempts to use her connection with nature to figure out why the mist has come and what it is exactly. She also becomes an antagonist to the church, who believe the mist is a sign of the end of days.

If you've never read the original novella or seen the film, you don't have to in order to watch the show. The Mist series is it's own entity and is, at best, only loosely based on the original work and therefore shouldn't be taken as a direct adaptation. However, if you have read the novella or seen the film, it'll be fun to see how they all differ and if the changes work for the TV show or not.

You can check out The Mist when it premieres on Thursday, June 22 at 10 p.m. ET on Spike.