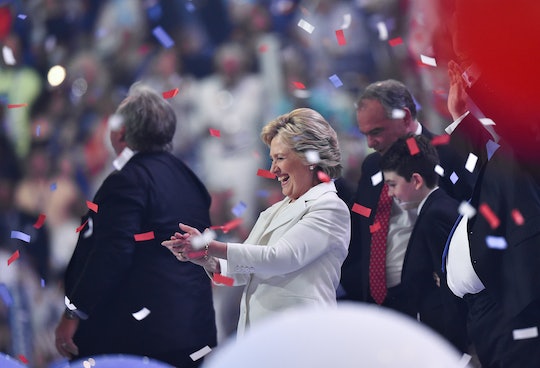 How Many Female Leaders Are There Worldwide? They're Still Few & Far Between

According to a 2015 study by the Pew Research Center, female leaders make up a small — but growing — group. Last year, approximately one in 10 countries had female heads of government, amounting to a total of 18 female leaders around the world. They're also a relatively new phenomenon, with half of those women being their country's first female leader, and with the number of female leaders more than doubling since 2005.

That relative increase in female leaders, however, is still a long way off from the United Nations' goals for women in leadership roles. "All progress is welcome. But our data is uncompromising in its truth. We are a long way from where the world needs to be on gender equality and women’s political participation," said Inter-Parliamentary Union President Saber Chowdhury in a press release. "This data should be a wake-up call to mobilize political will to change mindsets and take action that will spur progress on this issue."

The United Nations considers an increase in female involvement in politics essential to global development targets, and for good reason. As Gwen Young, the director of the Global Women's Leadership Initiative at Wilson Center, wrote in a CNN op-ed: "The evidence shows that female leaders typically have more compassion and empathy, and a more open and inclusive negotiation style." And the benefits a country gains when bringing women into leadership roles doesn't stop there. As human and women's rights journalist Nicholas Kristof wrote for The New York Times:

The most effective way to fight global poverty, to reduce civil conflict, even to reduce long-term carbon emissions, is typically to invest in girls’ education and bring women into the formal labor force. Investment in women is an idea that is gaining ground lately because it is a proven strategy that works.

Obviously, having more female presidents worldwide wouldn't automatically fix the myriad problems nations face — but it would be an indication of wider female empowerment and a solid investment in the world's women, two strategies that have been proven to push nations forward. Growing the world's current handful of female leaders from 18 to 96 (i.e., half of the world's leaders) will go hand-in-hand with a much larger, much more significant shift in the world, which makes female leadership a solid goal for countries to aim for.